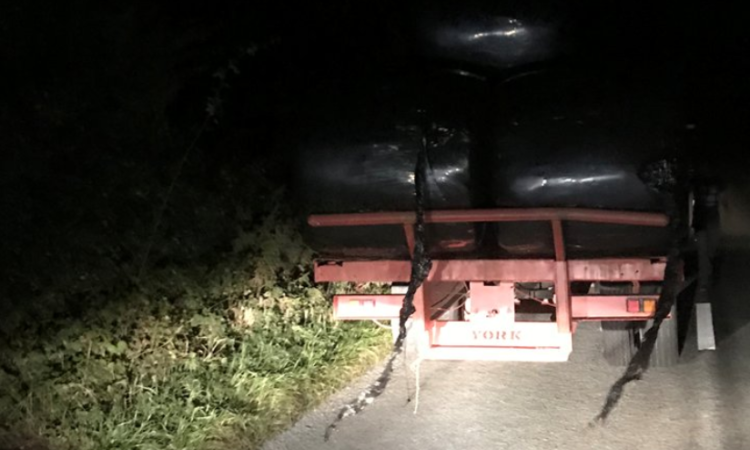 A juvenile tractor driver was stopped by Gardai for a number of offences recently while transporting bales of silage.

The driver was stopped in Co. Tipperary by Cahir Roads Policing, according to An Garda Siochana.

Initially stopped for transporting an unsecured load with no lighting on the rear in the dark, when checked it was discovered that the youth had no driving licence or insurance.

The tractor and trailer were subsequently seized by Gardai.

Cahir Roads Policing: Gardaí stopped this tractor & trailer carrying an unsecured
load with no lighting at the rear and driving on a poorly lit road. Tractor being
driven by a Juvenile male. No D/license or Insurance. Vehicle seized. pic.twitter.com/RcglV2CXKE

Farmers have been alerted to the fact that the waste tyre bring centre scheduled to take place in New Ross, Co. Wexford next week has changed venue.

The venue has instead been changed to the old Albatross fertiliser plant located on the Waterford Road out of the town and it will run between 9:00am and 5:00pm.

Farmers bringing tyres are reminded to bring their herd number for verification. They are also reminded that tyres must be clean; dirty tyres or tyres with rims will be rejected. 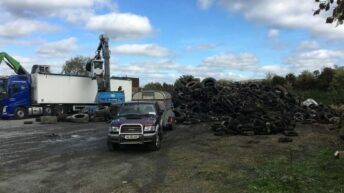