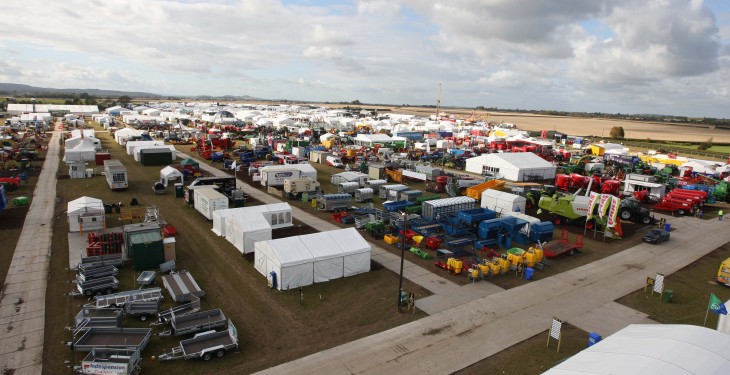 A record-breaking 228,000 people turned out in Ratheniska for the three-day event that was the National Ploughing Championships.

What a week, what wonderful people, what a showcase of everything that is brilliant about Irish farming and most importantly what a success!

Anna Marie and Anna May McHugh, the Carter family, the gardai, exhibitors and all staff at the National Ploughing Championships take a bow, you did the country proud to showcase everything that is great about Ireland.

“It has broken all records,” said managing director Anna May McHugh. “We put alot into the organising of it. Here we are in the crossroads in Ireland and we are between two major motorways. That in itself would be an invitation for people to come. The weather was a major factor and the fact that people had all the harvest over, they had the time to come. As well as that it is not just for rural people, we have attracted a lot of people from the urban areas and the weather was amazing.”

In addition thousands of people worldwide tuned into the live streaming of the event and AgriLand reported live on all of the action.

President of Ireland Michael D Higgins and his wife Sabrina officially opened the National Ploughing Championships. After a 70-year absence, the showcase event of the farming year was back at Ratheniska, Stradbally in Co Laois.

“President Higgins officially opened the event where he paid tribute to Ireland’s farming and rural communities, and agri-food sector. “Rural Ireland is part of our identity. It is part of what we are as a people. Farming, as both nourishing work and a nurturing way of life, connects us to one of the most fundamental of human activities.”

Taoiseach Enda Kenny also arrived amid much fanfare. The man of the moment ploughed his way through the Ratheniska site, visiting the senior reversible ploughing competitors, including world champion and Irishman John Whelan, the horse ploughing exhibitions and the many, many farming organisations.

Also on his trip was the robotic milking cows at Lely Ireland and the Irish-language tent, not to mention his home fort, the Fine Gael tent.

“There is a sense of confidence among the people who have turned out here among the last couple of days,” said the Taoiseach to the waiting media. ”That is based on people’s recognition. Recognition that our country is making progress from a very difficult circumstance we have been in, in the last number of years.

For a recap of all the news and events from this year’s National Ploughing Championship click here.