Record attendance of 228,000, as Ratheniska confirmed for next year 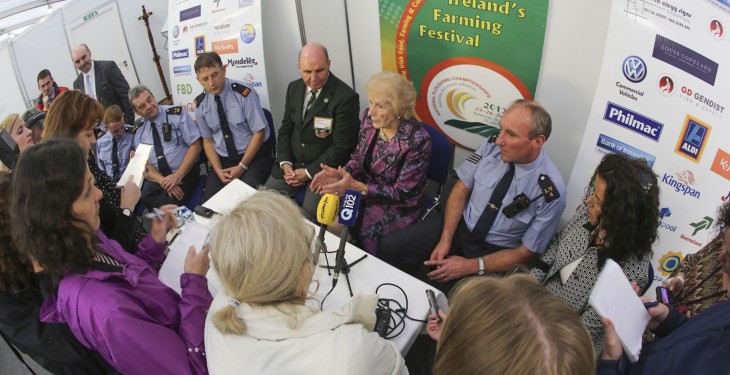 A record-breaking 228,000 people turned out in Ratheniska for the three-day event that was the National Ploughing Championships.

“It has broken all records,” said managing director Anna May McHugh this afternoon. “We put alot into the organising of it. Here we are in the crossroads in Ireland and we are between two major motorways. That in itself would be an invitation for people to come. The weather was a major factor and the fact that people had all the harvest over, they had the time to come. As well as that it is not just for rural people, we have attracted a lot of people from the urban areas and the weather was amazing.

“We have a lot of businesses here. It is very educational number one for third-level students, with Teagasc and our government departments here.  People are attracted by all the demonstrations, the food areas, the shows, the Irish Countrywomens Association’s tent. We had marquees, huge arcades, 13 hotels publishing their business. We have all that type of business and many people come and book their holidays and people also make the Ploughing their annual holiday. The atmosphere was electric. You don’t buy atmosphere, it is created by the people.”

The event cost €4m and we spared no effort, McHugh added. “We laid 20 miles of roadway. We bored two wells, in addition to a backup from Laois County Council for water supply. All this may not be visible to some visitors, but you come into the greenfield site with nothing but a field.”

The managing director paid tribute to the traffic management team, the assistance of gardai and all the volunteers among others. A special mention also went out to Gardai Brian Kelly and Mick O’Connell from Stradbally Garda Station who looked after local residents, organisers and the VIPs throughout the three-day event.

“This is the crossroads of the country here in Co Laois. There is a huge network of motorway, which takes away traffic very quickly. We had proper planning and plenty of other networks of roads in Stradbally. With proper planning, everything works out fine,” explained Garda Inspector John Lawless of Portlaoise Garda Station.

In terms of next year, Ratheniska has been confirmed as the venue for next year much to the delight of hosts, the Carter family, and Laois in general.