The man of the moment ploughed his way through the Ratheniska site, visiting the senior reversible ploughing competitors, including world champion and Irishman John Whelan, the horse ploughing exhibitions and the many, many farming organisations.

Also on his trip was the robotic milking cows at Lely Ireland and the Irish-language tent, not to mention his home fort, the Fine Gael tent.

“There is a sense of confidence among the people who have turned out here among the last couple of days,” said the Taoiseach to the waiting media. “That is based on people’s recognition. Recognition that our country is making progress from a very difficult circumstance we have been in, in the last number of years.”

He described the record-breaking attendance for the three-day event as “exceptional”.

“I note from a Teagasc report, the fodder situation is going to be eight per cent head of target, which is good. Payments are starting to come through, the single farm payment, over the next period.

“So all and all from a farming point of view there is an air of confidence building towards the milk quotas being abolished with increased land transactions and creating young opportunities for the farming community. The Ploughing is a great showcase for the entire spread of Irish society and it is a great occasion to be here.”

Earlier today the Taoiseach attended the Bord Bia sustainability conference where it hosted more than 700 international business buyers. “Buyers from all over the world are looking at the produce Irish farmers and producers are making,” he said.

Speaking from Ploughing HQ, the Taoiseach said Ireland’s exports of food and drink are on target to top €10bn for 2014.

In terms pillar two rural funding in the new Common Agricultural Policy (CAP), the Taoiseach said it was too early to say what exactly that assistance will be.

“The Presidency of the European Union, which was held from January to June, included very complex arrangements. One was to get funding for the European budget itself from 2014-2020. The other was the CAP Reform mandate. There is €2.2bn there for rural development funding, €300m per year, in that sense it is very complication to work out what it will eventually be. Suffice to say, what we want to do in Ireland is to continue to drawdown the maximum amount and use it to the best effect in the rural programmes that will eventually be approved.”

The Taoiseach also confirmed his firm stance on requests for a television debate to discuss the forthcoming Seanad and Court of Appeal Referenda.

“I make this point again. I engage in debates every week. This is not a general election. This rests in the hands of the people. It is a referendum. God knows people have been giving out about politicians long enough. Here is an opportunity for people to vote yes,” he said.

The Taoiseach also paid tribute to the former Irish Times journalist Sean MacConnell. “Sean MacConnell always had a particular flavour to his offering as a reporter for many years with the national media. We miss his comments and his presence at the ploughing championships here today.”

And then he took flight, so to speak, to cook up a storm with top chef Nevin Maguire. 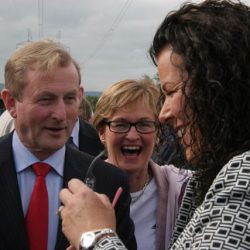 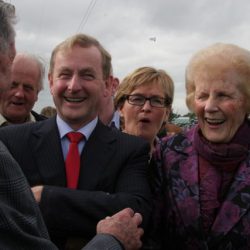 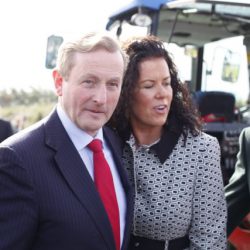 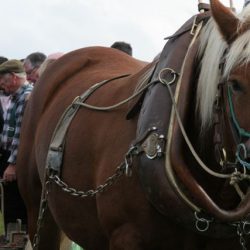 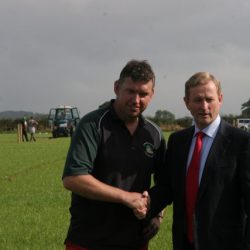 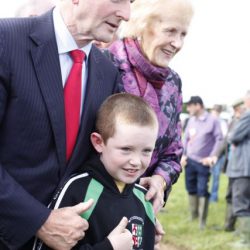 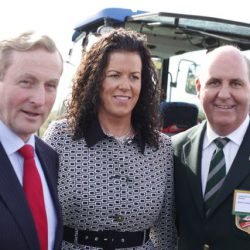 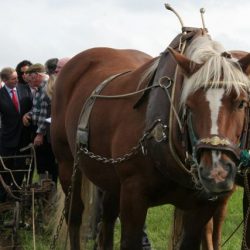 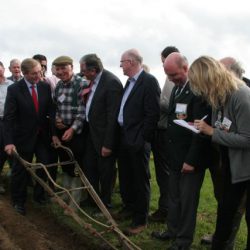 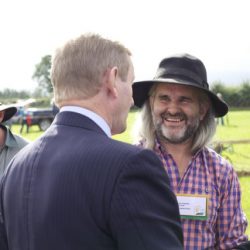 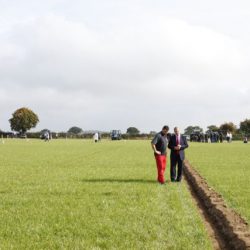 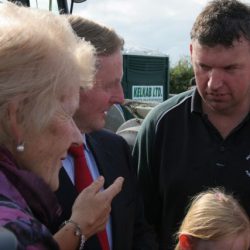 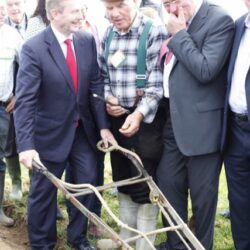 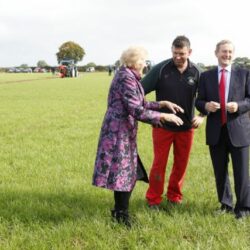 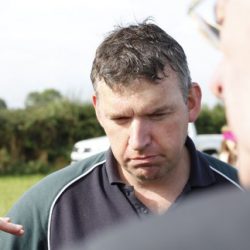 Man dies following collision between car and tractor in Leitrim