Quality silage in South Down 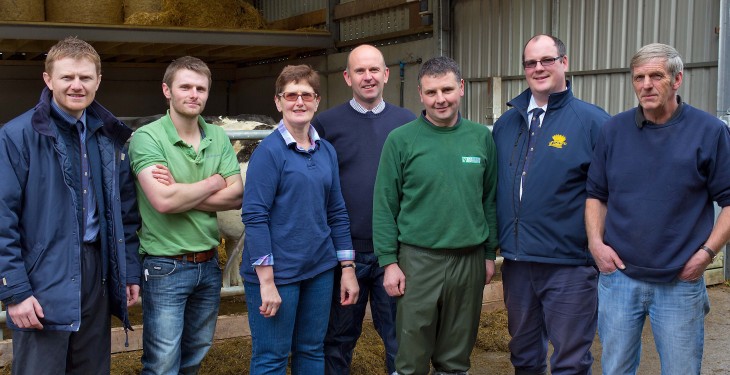 More than 80 farmers recently attended an event organised by the College of Agriculture, Food and Rural Enterprise (CAFRE), on the Malcomson farm at Donaghmore, Newry.

The Malcomson family farm 130 hectares (320 acres) with approximately 30 per cent being devoted to cropping and the remainder being used to grow forage for 120 Holstein / Friesian dairy cows, a heifer rearing enterprise as well as the prize winning ‘Ringclare’ flock of pedigree Charolais sheep.

The dairy herd is predominately Autumn calving (Calving interval 366 days) and CAFRE Benchmarking performance for the 2013 year is 7,566 litres milk sold / cow from a concentrate input of 1.79 tonnes / cow. The host farmer along with David Mawhinney, McLarnon’s detailed how the herd is fed and the principles behind efficient winter milk production.

Excellent quality forage is produced on the farm (see table 1). 14 hectares (35 acres) of maize silage were have been ensiled and for the first time this year 3 hectares (8 acres) of beans were grown to investigate the possibility of reducing the farm’s reliance on bought in protein.

The farm has developed a herd health plan which deals not only with routine fertility events but also vaccinations for all classes of stock on the farm. Kieran Doyle, Clanrye Veterinary Clinic discussed the key drivers behind the herd’s success.

Recent development on the farm include the construction of a dry stock house in 2008, a calf house in 2011 and three new silo pits in 2013. These buildings were of great interest to those attending.