Cash only ‘cheap’ in the short term – FRS 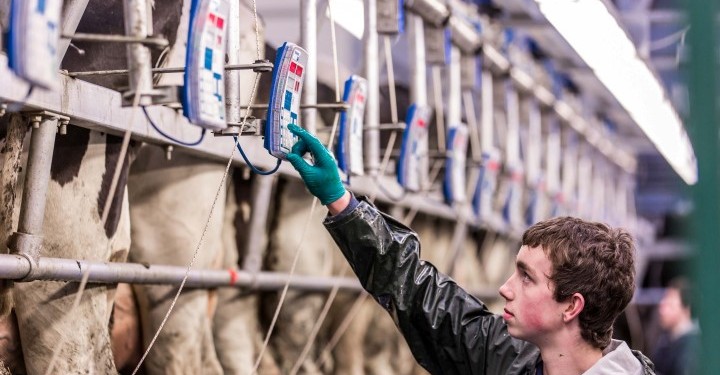 Not putting the wages of farm workers through the books is not to be recommended and while it is perceived as cheap at the time in the long run it can be very costly, according to FRS Network CEO Peter Byrne.

He made the comments as a recent Teagasc Dairy Expansion Seminar on the labour requirements of Irish dairy farms post quota were discussed in detail. Byrne outlined that should the Food Harvest 2020 targets be met the average dairy herd size would increase to 80. He noted that this would require a move from 1.25 to 1.5 labour units on the average farm.

FRS CEO Byrne stressed where farmers get that extra half labour unit or quarter will be critically important.

“There are a number of different sources of labour on farms. Years ago there was an abundance of family labour on farms. Be it uncles, aunts or brothers and sisters and this is generally not the case any more. In most cases the partner is working off farm and the farmer is on his own.

“What I would not recommend is farmers use the black economy. But it does go on and there is the tendency for some to take on people locally and not put them through the books.

“The big problem with this is that it is not tax deductible. It can sometimes be perceived to be cheap but it may not turn out to be cheap because there are risks associated with it down the line.”

Byrne noted that one of the fears that farmers had years ago was a revenue inspection but at this stage on of the biggest fears is an National Employment Rights Authority (NERA) inspection.

“They are focusing quite a lot on employers at the moment and tend to look for specific things. If you get an inspection form a NERA inspector. They will look back over the last 5-6 years and identify how long you have been paying somebody cash without operation PAYE and PRSI.

“It’s important to remember that it is the person who pays the money that is liable for this. So if you are giving someone cash in hand and not putting it through your books and someone comes in and carries out an inspection you are responsible for the PAYE and PRSI on that money. It may end up being quite a sizable bill when the penalties are built in.”

There are also other risks such as insurance according to Byrne. “There is never an issue until something goes wrong. This is something farmers have to be careful of.”