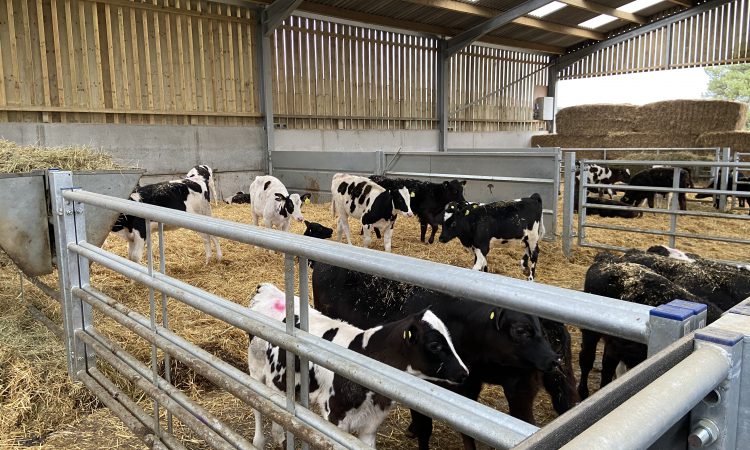 The farmers involved in the Teagasc Green Acres Calf to Beef Programme visited Robert Noad’s farm during a tour to the UK last week.

Both Robert and his wife Lucy farm in Strand, Trowbridge, Wiltshire, in the UK, and milk a herd of predominantly Holstein Friesian cows, under an autumn-calving system.

Originally, the farm – consisting of both owned and rented land – operated under the organic banner, but in 2008, the decision was made to switch to conventional milk production.

Mostly Holstein Friesian cows, with a number of Norwegian Reds, make up the 140-cow herd, with the ‘Reds’ introduced to aid expansion; all replacement heifers are reared and kept on the farm.

Additionally, the Noads bring their male calves through to beef at approximately 25-27 months-of-age. On average, the Friesian steers kill into a 350-360kg carcass, with an O- conformation score; Aberdeen Angus calves are also finished on the farm.

Unlike some of the more intensive finishing units in the locality, grazed grass plays an important role in the calf-to-beef enterprise.

The animals are targeted for an early turnout and graze under a rotational paddock system – aiming to get as much liveweight gain from grass as possible.

During the breeding season, approximately two-thirds of the cows are bred to dairy genetics, with a team of Aberdeen Angus bulls employed thereafter. Sexed semen has been used on the farm, and Robert has had good success with this approach.

The farm has undergone a number of infrastructural changes in the past number of years, with the construction of a new cubicle and purpose-built calf house on the holding.

The cubicle house is a little different as to what would be considered to be the norm here in Ireland.

While the cubicles themselves and the layout are similar to some new Irish builds, concrete floors are installed without scrapers.

In fact, no tanks are present, so dung is scraped – with a teleporter and 9ft scraper – twice/day to a dungstead located in the yard outside the unit.

There are plans in place to grow the herd to 200 cows in future years. To manage this number, another identical cubicle house and slurry storage will be constructed – if milk price improves, Robert said. 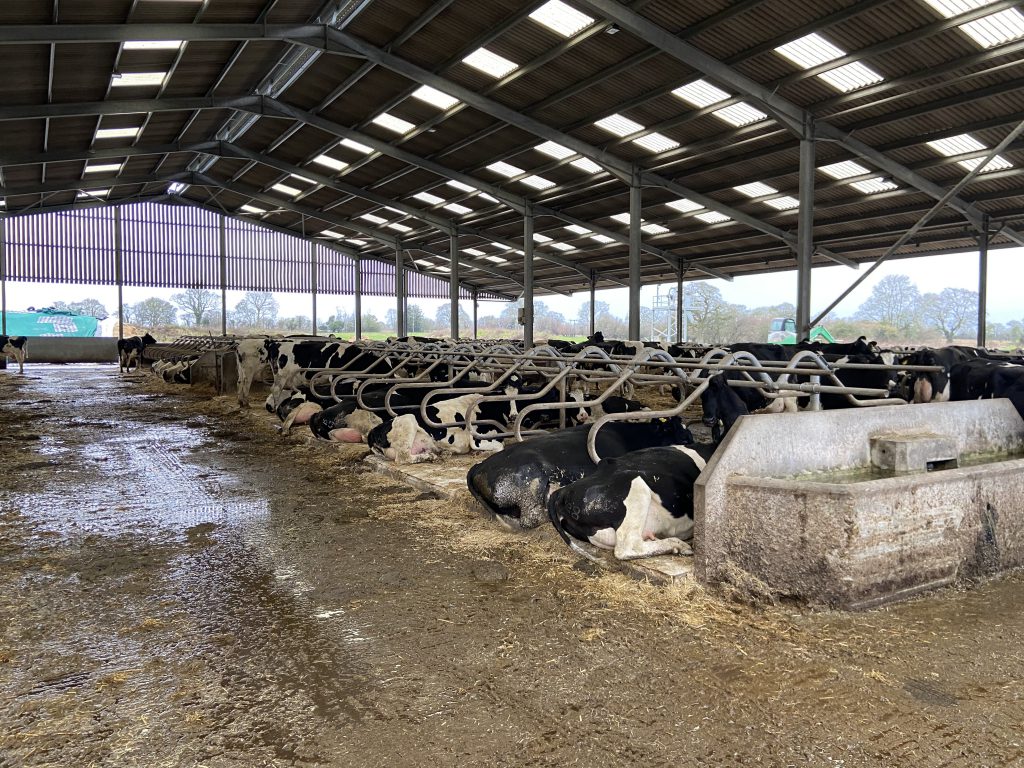 The autumn-calving period peaks during the month of September and a new calf house with the capacity for 130 calves has made this time of year a lot easier.

The unit was constructed last autumn and is equipped with automatic feeders. However, prior to installing the feeders, Robert had some concerns.

“I did worry before we put in the machines [feeders] because we always bucket-reared calves and – in the past – our cattle were extremely quiet; I put that down to us being with them a lot of the time.

“But, that is not the case; as you can see they are still extremely placid,” he added.

After receiving adequate amounts of colostrum, the calves are moved onto a milk replacer, ‘cake’ (concentrate) and hay. Robert noted that the calves are fed 900g/day (150g in 6L) over the calf-rearing period.

The shed is cleaned out every two weeks and the barley-straw bedding is topped up daily. Concrete floors are located under the straw beds and sloped to an awaiting drain outside the pen.

“I would have liked to put in pig slats, or the likes, just to get the water out quickly – in an ideal world. But, one man can clean it out simple. 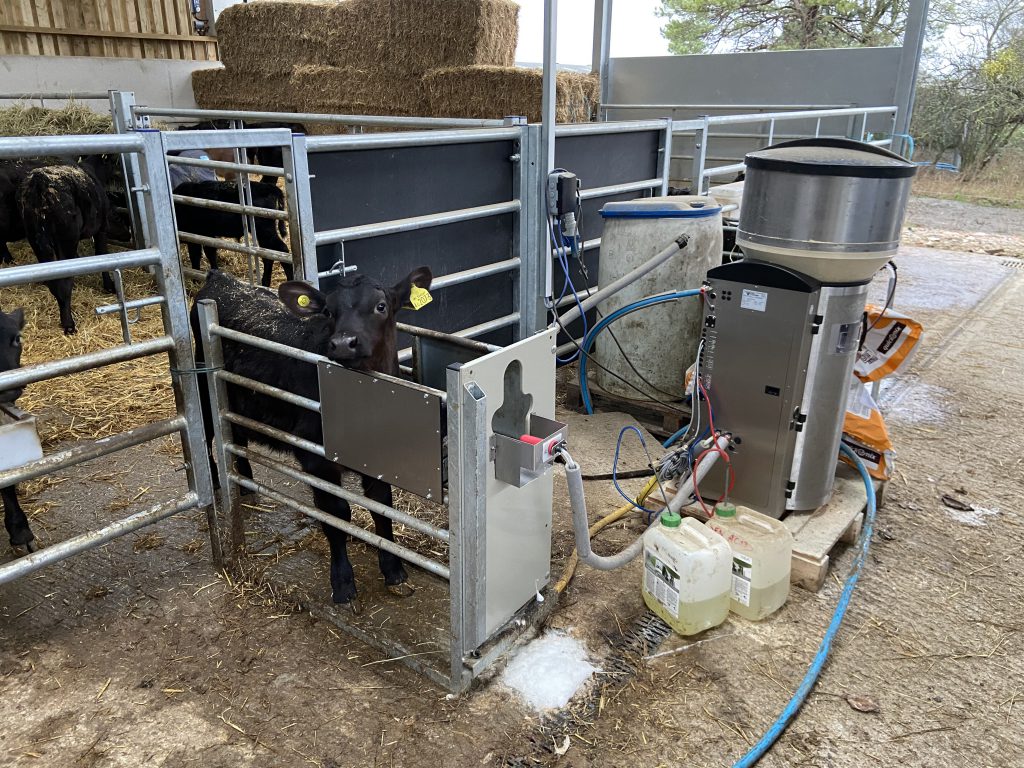 In terms of ventilation, Yorkshire boarding is located along one side of the shed, while the other side is left open with a canopy – mainly so equipment can be stored and sheltered. The gable ends are left open and large, square bales provide shelter from the wind.

Robert did note that he may install a ventilation system next year to remove stale air from the unit.

“I knew when we were building the calf unit, we would need to be adaptable and willing to change.

“My nutritionist did not want me to use steel doors or concrete panels; he said it makes the house too cold. The wind blows across it and the air temperature drops, so straw bales are perfect for the job.”

The total cost of the build – including the automatic feeders – was approximately £80,000. 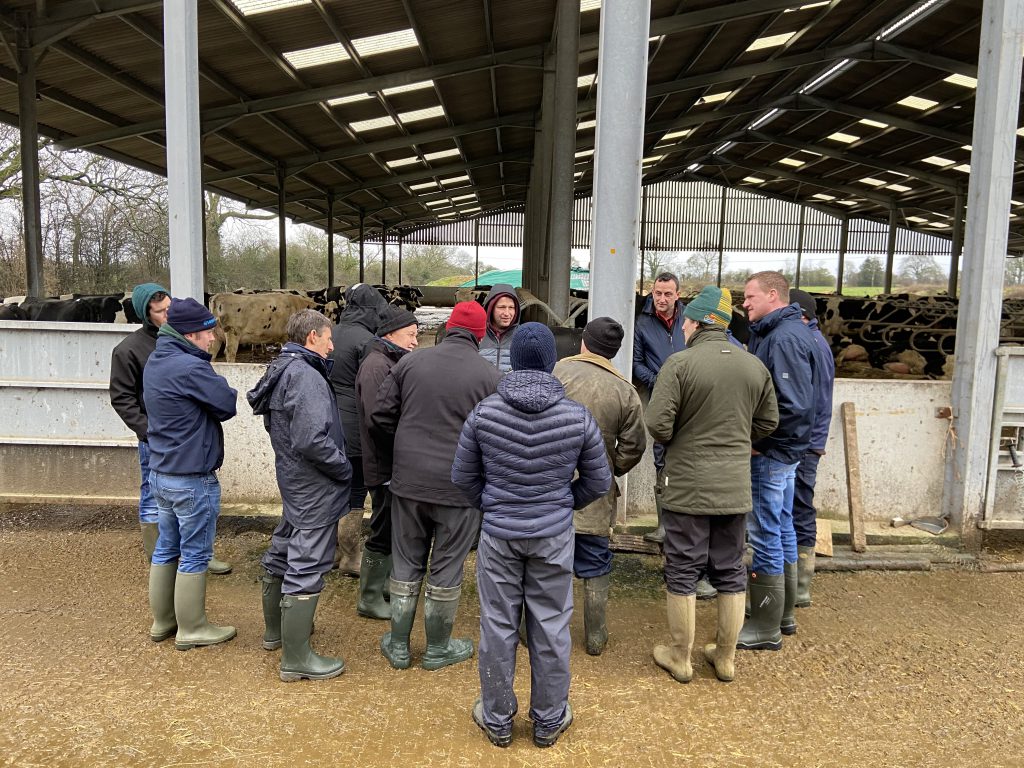 In terms of labour, there are 4.5 labour units on the farm: Robert; Lucy; a herdsman; a stockman; and a machinery driver (six months).

“We would like to hit 200 cows and that’s the plan; 140 is just not enough for all the labour that’s here. Our tractor driver works with a contractor for six months and he’s with us during the winter.

“However, the farm performs better if there are too much staff, because all the little things get done and the attention to detail is good,” he concluded. 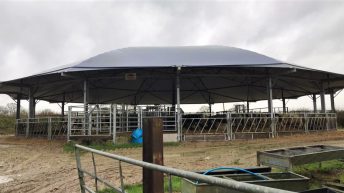