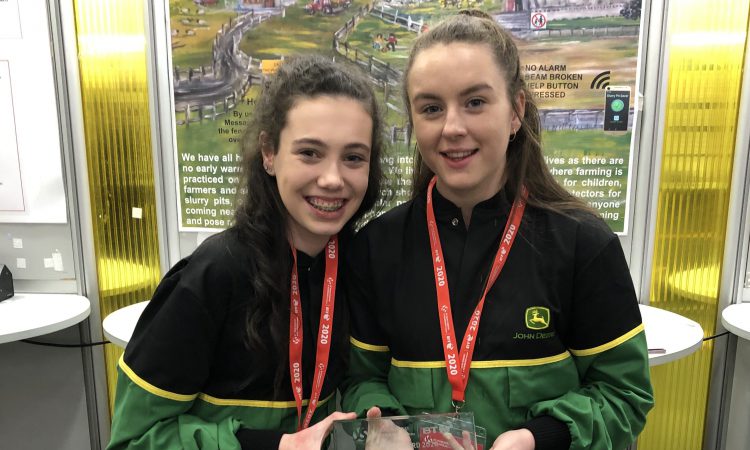 Abbey Hehir and Rebecca Murphy, who are in third year at St. John Bosco community college in Kildysart, received an enthusiastic response to their invention.

Abbey from Kildysart plans to study medicine and Rebecca from Coolmeen has her sights set on a career in architecture.

“Both our dads are beef farmers,” said Abbey. “My dad, John Hehir, and Rebecca’s dad, John Murphy, really encouraged us to go ahead with this project and they really helped us out on the agricultural side of things.

“When we entered the Young Scientist competition we knew we wanted to have a project to do with farm safety. We both have slotted tanks on our farms and I have two quarries on my farm. We decided we wanted to focus on slurry pits and quarries,” she said.

“When the two infra-red beams are broken an alert is sent straight to connected phones in the system. When the farmer installs the device they can add as many people as they want. We used two beams to prevent false alarms by birds breaking the beam and triggering a false alarm,” said Abbey.

“We really enjoyed the Young Scientist experience as it really promoted our product and we also got a lot of media coverage including appearing on The Late Late Show,” she said.

“We surveyed farmers at our local mart in Ennis and they all told us to go for the idea as they had never heard of anything like this before. We first had to make the model and wire the beams. We then worked on the control panel and finally we made the app,” said Abbey.

“The hardest thing for us was making the control panel as neither of us had experience with it. We sorted this problem by receiving help from an electronic specialist,” she said.

“We spent over two months working on our project, working all over Christmas as well. We did four hours of work at school every week and about two hours a week at home,” Abbey said.

“We have a lot of events coming up this year with the project and after all of them are finished we hope to sell the idea to a bigger business that could produce the Slurry Saver in bulk. We were invited down to Millstreet agricultural fair to be with John Deere so we got to be at its stand.

“We have a patent for our work and hope to see it get onto the market as soon as possible. If it saves one life, all the work will have been worth it.” 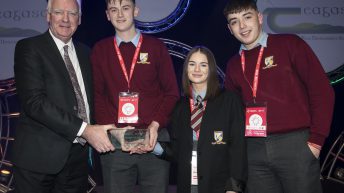