The Tipperary TD noted that today’s situation is relevant “not only in farming but in wider farm communities also”.

He explained: “The issues are non political and non farm-leader led. It’s ordinary people that are here to express their serious concerns and serious anxiety over the situation pertaining to rural Ireland and farm families.”

McGrath added: “There are threads holding the farming community together now. There are mental health issues and all kinds of issues with the stress of just not getting enough for what they produce and not being respected.

“At the Programme for Government talks, we asked that all legislation would be rural proofed and it’s not. 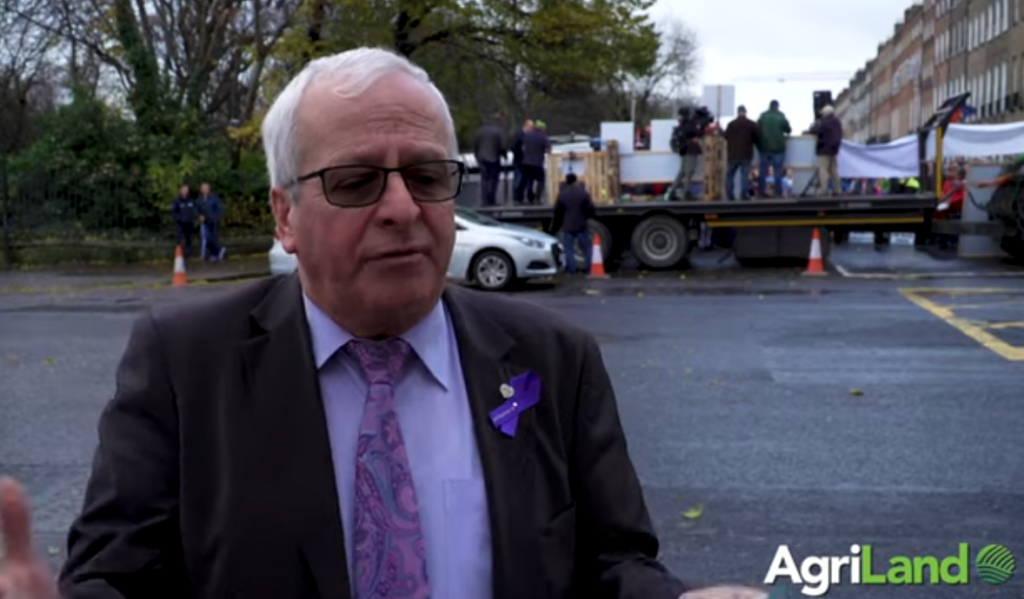 “An actual fact, it [legislation] is negatively impacting rural Ireland and by rural Ireland I mean everything outside the Pale [Dublin], the independent TD claimed.

“They may not have thousands here today but they are not going away. There were 300 tractors in here and probably 200 outside,” McGrath said.

It can’t be business as usual for the beef cartels and indeed the meat industry.

“Things have changed, leadership in the IFA and other organisations have let them [the protesters] down.”

He claimed that farm organisations “have got too cosy with Government”.

Concluding, deputy McGrath stressed: “We need things to change, it can’t go on as it is.”