Progress made at Russia:Ireland bilateral meeting on agri food 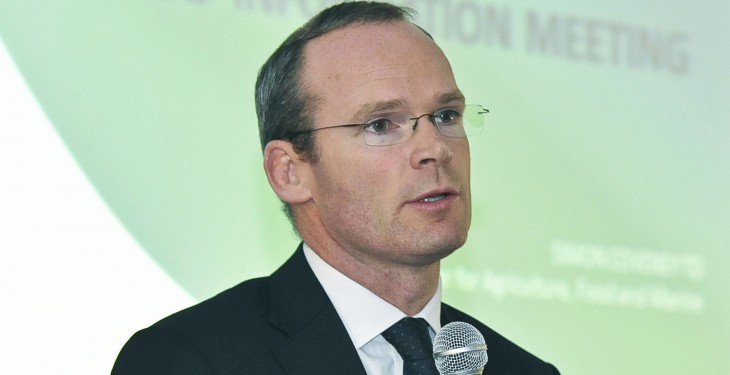 The outcome of a recent high-level bilateral meeting in Moscow between the Department of Agriculture  and the Russian Authorities on agri food issues has been welcomed  by Minister for Agriculture, Food and the Marine, Simon Coveney.

The meeting was held at the request of the Department and built on the recent meeting in Dublin between the Minister and the Ambassador of the Russian Federation to Ireland.

“Russia is an important market for Irish agri food products but unfortunately this trade has been restricted by issues arising from the Russian ban on EU food and drink products as well as their audit of Ireland’s exporting plants earlier this year,” Minister Coveney commented.

“Through the Irish Embassy in Moscow we have been actively pursuing a bilateral meeting for some time to complement the intense engagement which we have had with Russian counterparts over the last few months. I am pleased to hear that yesterday’s meeting continued the constructive dialogue between both sides and progressed a number of key issues”.

The meeting focused on the Dublin’s response to the interim report on the audit findings received from the Russian authorities earlier this year. The comprehensive response from the Department incorporating the corrective actions for each establishment visited have been submitted in full and the Russian side confirmed at the meeting that the final report will issue before the end of this month.

Commenting on this the Minister said “the confirmation that the final report will arrive before the end of the month was very welcome and gives us a solid basis for resolving these issues. We will prioritise our response to the final report with a view to having the temporary restrictions lifted on the affected dairy, beef and seafood plants as soon as possible”.

On other issues, there was progress on agreeing a bilateral protocol on exports of live cattle and bovine semen so that this trade can re-commence. The Irish side had submitted draft protocols in advance which the Russian side will examine with a view to facilitating the re-opening of this trade.  The Russian side expressed strong enthusiasm to engage with Irish providers of technologies in areas such as breeding and genetics and both sides will now follow this up.

The meeting concluded with a proposal by both sides to meet again in January.

“I am under no illusion that considerable work remains to be done if we are to regain some of the market share prior to the events of this year. Equally it must be remembered that some of this market restriction is common to all EU Member States and stems from political issues unrelated to the agri-food sector,” Minister Coveney said