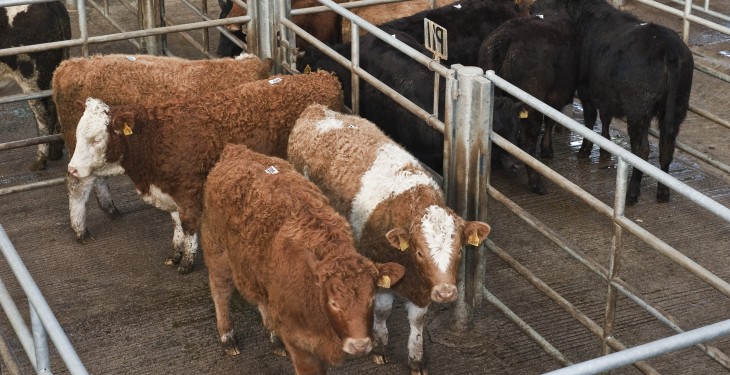 Beef prices have been increasing in Ireland in recent weeks and months, and have risen by over 7% since the beginning of September according to the Minister for Agriculture Simon Coveney.

He says in addition the gap between beef prices here and those in Britain have narrowed by 20 cents a kilo since mid-September.

We have also seen very strong trade in live cattle to Northern Ireland in recent weeks, he said.

According to Minister Coveney this rising trend is certainly to be welcomed and, together with the reduced input costs in 2014 as identified in recent analysis from Teagasc, should help to improve margins for suckler farmers heading into 2015.

The Minister made the comments in a response to a parliamentary questiong this week from responding to Éamon Ó Cuív on the progress made to date to resolve the beef crisis.

Minister Coveney said there is no doubt that this past year has been a difficult one for beef farmers as prices have dropped from the high levels of 2013.

He said while he can have no role in negotiating the prices received by farmers, he has made every effort to ensure that we have the appropriate policy support environment in place to secure a sustainable future for all in the beef sector.

The Minister also said that there should now be no delay in implementing the outcomes of the recent Beef Roundtable meeting.

He said the Department and the relevant State Agencies are working to deliver on various elements of the agreement.

“It is important that the processors and farm organisations also deliver on their commitments so as to provide a period of stability so that we can move on to tackle the strategic issues facing the sector,” he said.