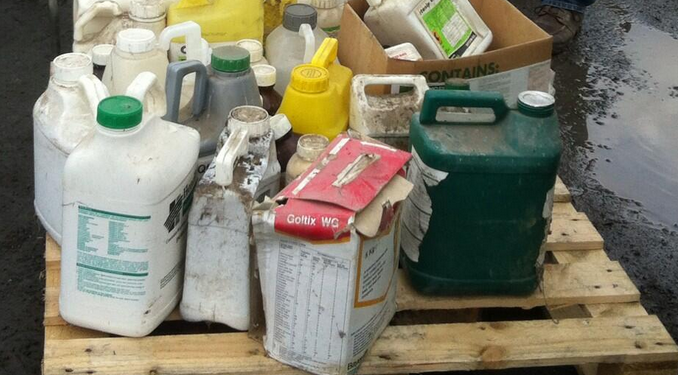 A total of 256 tonnes of farm hazardous waste was collected during a recent campaign, with over 3,000 farmers travelling to pre arranged bring centres.

Organisers of the campaign the Environmental Protection Agency (EPA) teamed up with Teagasc, the Department of Agriculture, Food and the Marine and local authorities to facilitate the collection, recovery and disposal of hazardous waste from farms.

The EPA says farm hazardous waste has the potential to cause harm to farmers, livestock and the environment due to the nature of their properties such as being toxic, irritant, flammable and ecotoxic.

According to the EPA the average weight of farm hazardous waste per farmer was 92kg and the average number of farmers per site was 180.

The busiest centre was Enniscorthy in Co.Wexford with 360 farmers, while Ballymote was used by 79 farmers.

The breakdown of the 256 tonnes of hazardous waste presented by the farmers on a weight basis at the bring centres were:

However, the EPA says it also clearly demonstrates that farmers want to manage these wastes in an appropriate manner and demonstrated this by participating in such large numbers and contributing financially to the safe recovery and disposal of these wastes.