Silage strikes €30/bale in many regions

€30/bale (4X4 bale) looks to be the standard price for silage in many parts of the country. However, as you move into the west, prices are moving up to €35/bale.

Last December, the highest price found by AgriLand was €30/bale and prices appear to have increased significantly since then.

Once again, quality varies hugely. Farmers should ask if the bales were first or second cut and the date of harvesting. This will give you an indication of the type of weather in which it was made. In addition, 2016 crops are also being sold in places.

The lowest prices that AgriLand found for 4X4 bales of 2017 silage were in Leinster. Silage in Co. Wexford was starting at €20/bale and moving to €25/bale. Bales in the neighbouring Co. Carlow were available for €22/bale.

Across to the west of the country, the range in prices was €25/bale to €30/bale in the counties of Galway and Roscommon. €30/bale was reported in Co. Mayo, while prices peaked at €35/bale in Co. Donegal.

In Munster, €25-€30/bale was reported in Co. Limerick, while €30/bale looked to be the standard across counties Tipperary and Cork. 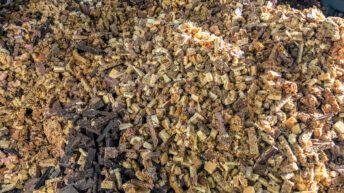 Forage focus: Would you feed your cattle bread and cake?

Land in short supply for leasing in Munster