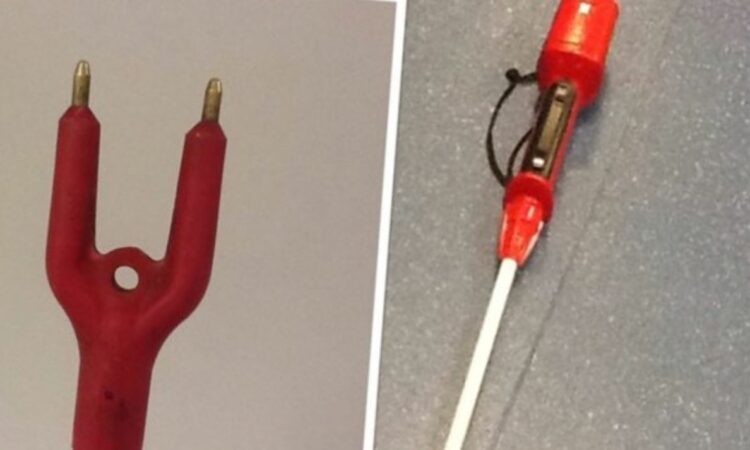 Police in Omagh have confiscated an electric cattle prod which pranksters used to terrorise members of the public on Boxing Day (December 26).

Trouble-makers used the livestock aid to shock several pedestrians as they passed through the Co. Tyrone town in a car.

A spokesman for Omagh Local Policing Team said: “We often end up with some strange items in the back of police cars – especially after busy nights out.

“Tonight, however, one crew arrived back with this in their car…a cattle prod.

“It wasn’t lost but seized by officers who received reports that a number of people around the Omagh town area had been ‘prodded’ from a passing vehicle.”

The spokesman added that enquiries were ongoing. Police have already interviewed one person in relation to the incident.

Rural police officers across the UK and Ireland have had a busy Christmas.

Earlier this week, 210 lambs were reported stolen in West Devon and a spate of quad thefts took place across South Wales.