The report into the Irish beef sector by leading economist Jim Power has called for a “full investigation” into the beef processing industry by the Competition and Consumer Protection Commission (CCPC) “to address the deep suspicions of farmers in relation to collusive behaviour”.

This would “clarify the situation beyond all doubt”, and would “help to restore trust in the overall beef sector”, Power noted in the report, which was commissioned by the Irish Farmers’ Association (IFA) and released today, Tuesday, March 3.

The recommendation formed part of general concerns highlighted in the report over transparency in the beef sector.

Power said that the distrust in the food supply chain between the three components of it – producers, processors and retailers – “has to be addressed”.

The report stresses: “Greater transparency on all aspects of the supply chain and responsible behaviour from all actors in the supply chain have to be insisted upon, through regulation if necessary.”

Power said that it was “essential” that a recently-commissioned report by Grant Thornton obtains data on prices paid to processors by the retailers.

The lack of transparency in the sector was “nurturing” the view that there is collusion between certain actors in the processing sector, the report argued.

“There are bigger issues facing the beef producers than alleged collusion, but the lack of transparency just exacerbates the issue,” it said.

In a wide-ranging report, Power also addressed the criteria for in-spec bonus payments, stressing: “The current focus of the debate about the in-spec requirements, and whether these are being demanded by the retailers, is likely to be overtaken by environmental pressures to reduce the slaughter age.”

He did highlight, however, that it was important for farmers to “see a reward” from participating in the Quality Assurance (QA) scheme.

Despite a farmer going to the trouble of complying with the QA scheme they may receive no price premium on some of their animals… Accordingly, the in-spec bonus system should be amended to give some meaningful bonus to all animals coming from QA herds.

In addition to this, Power took issue with the “current binary system” of a 12c/kg difference based on an animal being over or under 30 months. He called for a graduated or tiered bonus based on encouraging early slaughter, which, the economist argued, would be more “sophisticated and reflect the new challenges the sector is facing”. 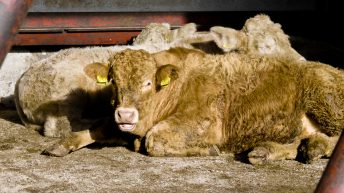 Power report: ‘Author never experienced a supply chain with such lack of trust’