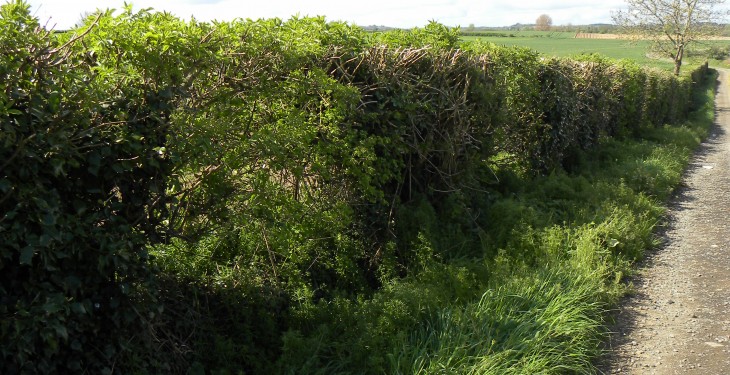 The Department of Agriculture in the UK is said to be working on a derogation that would allow hedge cutting in ‘prescribed circumstances’ during August.

UFU President Ian Marshall said the Union has been raising concerns about the hedge cutting dates for some time now and it has always said forcing farmers to farm by dates makes things incredibly difficult at a practical level. He said august is a particularly busy time of year for farmers and the current lack of flexibly in hedge cutting dates put farmers under a huge amount of pressure.

“By having exemptions to the hedge cutting closed period dates, this would allow farmers some much needed breathing space. Wales has already adopted this approach, with no repercussions from the EU Commission and no reports of a decline in farmland birds, and now England look set to adopt it. This leaves Northern Ireland with the toughest rules out of all the UK regions, potentially putting our farmers at a significant disadvantage.

As part of DARD’s consultation on the GAEC cross-compliance rules, the UFU proposed that an exemption allowing farmers to cut or trim a hedgerow on any land which has been ploughed during August if the farmer is planting winter arable crops on that land or is re-seeding grassland as part of the farmer’s normal farming practice.

Marshall it is likely that this exemption would only apply to a small area of agricultural land and should not have a detrimental impact in Northern Ireland.

“We also urged that trimming hedges should be permitted in early March to allow fencing to take place, as it is evident that there is little nesting activity at that time.”

The UFU also believes that manual hedge laying should be permitted during the hedge cutting closed period as long as checks are made to show that birds are not nesting in the hedge being worked on. Finally, the Union asked DARD to consider a concession for grassland, which is not being re-seeded in Severely Disadvantaged Areas (SDA) where it is particularly difficult to get on to land after 1 September, and to permit hedge cutting to take place from 1 August each year in these areas subject to checks for nesting birds.

“While we would prefer to see a shift in the dates entirely, the Union believes strongly that these exemptions would go some of the way in helping ease some of the pressure on farmers. The Minister has an opportunity to show her support for farmers and her understanding as to the practical challenges of farming and we are strongly encouraging her to consider including these exemptions in the GAEC rules.”

The UFU President has been in contact with the Minister and has raised these issues directly with her.