Payment to grow legumes could be on the way 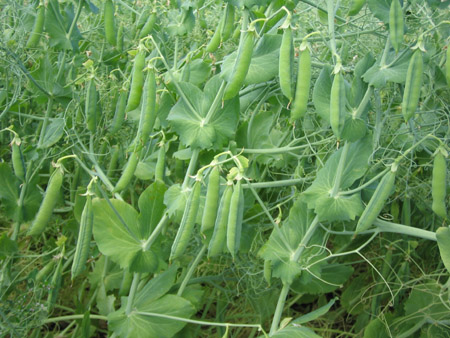 New european research, led by Scotland’s Rural College (SRUC), suggests farmers could be encouraged to grow more legumes by introducing a ‘Legume Premium Payment’ to woo them away from imported feeds like soya and grow their own.

This advice is drawn from a recently completed research project called Legume Futures, which looked at whether including peas, beans or other nitrogen fixing legumes, in a crop rotation improved the yields of the crops following them.

The study found that adding legumes into a rotation can increase farm profitability by €57/ha. The extra income results from substantially increased yields of cereal crops grown after the legumes, in some cases by as much as 25%. Researchers found growing legumes in a rotation helps control weeds or pests and improves soils structure, leading to increased nutrient uptake.

Legumes can also reduce nitrous oxide emissions from the business by as much as 85%. Nitrous oxide is a highly damaging greenhouse gas, with a global warming potential 298 times greater than that of carbon dioxide.

Yet despite these benefits the volume of legumes like peas or beans grown in Europe has dropped drastically. Fifty years ago 4.6% of arable land was devoted to them, now that figure is just 1.8%. This is because most legumes are grown as animal feed and historically it has been cheaper to import alternatives like soya from abroad.

Researchers believe their work proves growing their own legumes could be a better option for arable farmers. They suggest a short term initiative of introducing a ‘Legume Premium Payment’ could encourage growers to re-integrate this crop into their systems and discover the benefits for themselves.

“Our work has shown that increased cultivation of legumes could make a valuable economic and environmental contribution to agriculture, in Scotland, across the UK and Europe,” SRUC’s Professor Bob Rees explained.

“In the past legumes played a vital role in supporting the fertility of farming systems. We expect this work, which has been welcomed in many European countries, will encourage farmers and policy makers to re-evaluate the benefits of legume based farming system.”

The lead partners in this project were SRUC and the James Hutton Institute in Scotland, Trinity College Dublin, the University of Helsinki in Finland, and Leibniz-Centre for Agricultural Landscape Research in Germany. Field sites were located in Scotland, Ireland, Sweden, Denmark, Germany, Finland, Romania, Greece, Italy, France and Spain.