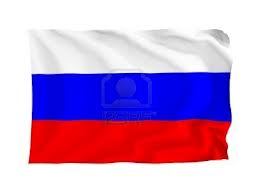 She said concerns have been sparked by uncertainties over the establishment of the autumn planted wheat crop for the major exporter, which has been reported as being in ‘extremely weak condition’. Furthermore, she said the weakening rouble is raising the possibility of higher input costs for spring planting.

Lockwood outlined that the latest MARS crop monitoring report from the EU commission has reported colder than usual conditions for Western Europe until 1 November, which is likely to spur further concerns over the condition of the winter wheat crop.

Typically, around half of the Russian wheat area is winter sown, although this varies by region. According to Lockwood winter kill remains a risk for winter planted crops, particularly those that are poorly established, if snow cover does not provide sufficient insulation from the low winter temperatures.

In terms of how the new is effecting the market Lockwood said although these early reports have been creating some support for the market, albeit short term, it remains too early for assumptions to be made around yields just yet. She said spring planting conditions will provide more of an insight into the 2015 crop, and also provide a more realistic judgement of how well the winter crop has fared.