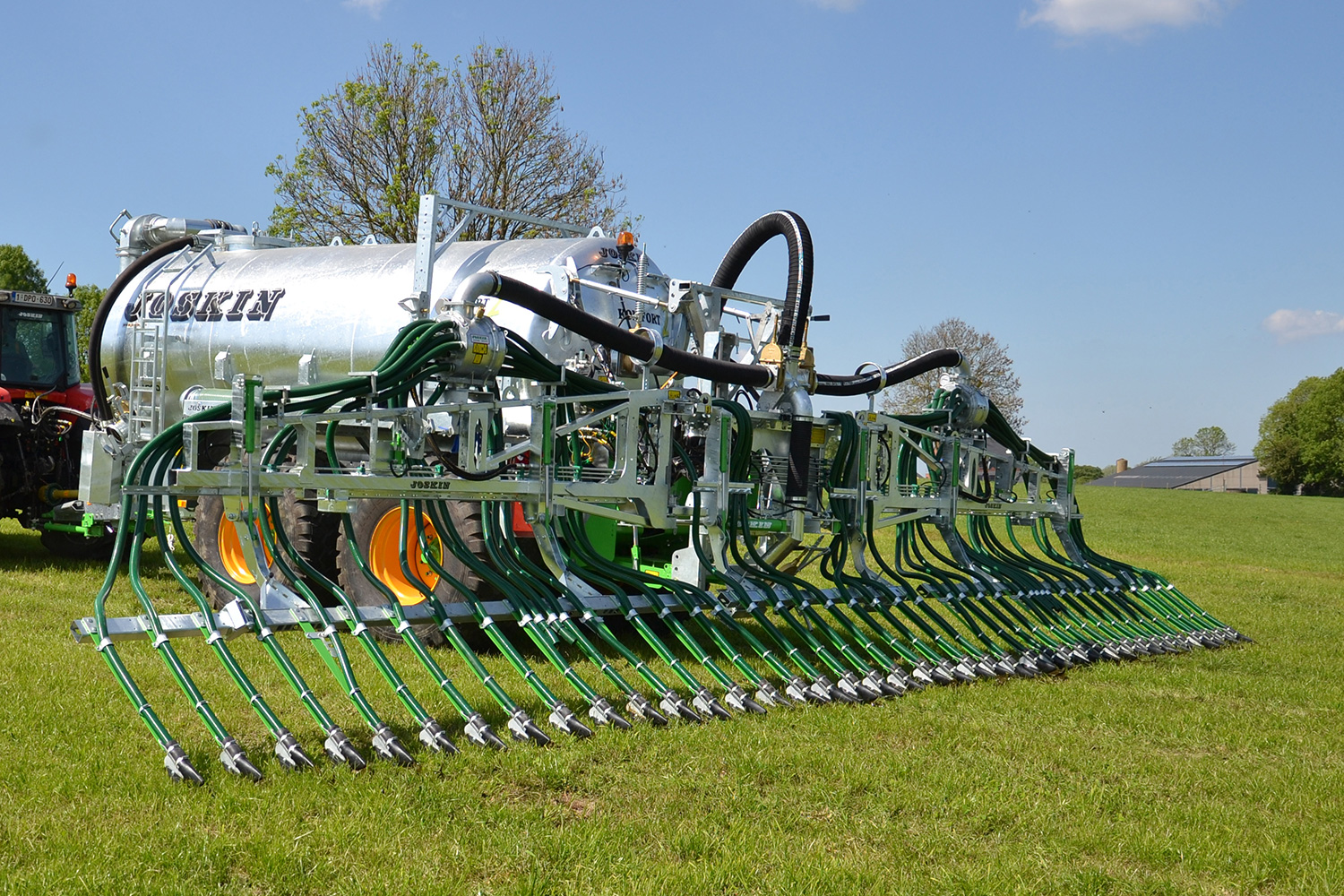 Joskin says it has been proposing the IsoBus control on its slurry spreaders for many years and it has already fitted 200 machines with this system. Its IsoBus application can now be extended to the ‘Section Control’ standard to automatically open/close the different sections of a slurry injector or spreading boom combined to the spreader itself.

An outer GPS antenna sends the position signal according to the Section Control standard and the IsoBus application compares it with the previously recorded positions in order to close the sections on areas which have already been fertilized.

Joskin says within the framework of ever more precise controls of the ammonia losses linked to spreadings, such a device will certainly achieve an increasing success to meet the legal requirements: overlaps are in this way avoided, notably in adjacent lines, headlands, corners and when getting around obstacles.

It says the result will be more precise slurry spreading management which ensures legal requirements are not exceeded in these situations.