The poor weather conditions over the past week have resulted in a mixed cattle trade across the country’s cattle marts, according to the mart managers.

The trade for plainer cattle continues to be difficult, but the better quality lots are still in good demand around the ring with beef cattle generally trading at €1.81-2.94/kg.

Despite the poor weather conditions, the weanling trade has remained relatively strong with these lots trading from €2.19-3.71/kg and €2.19-3.07/kg for bulls and heifers respectively, despite a fall in export numbers. 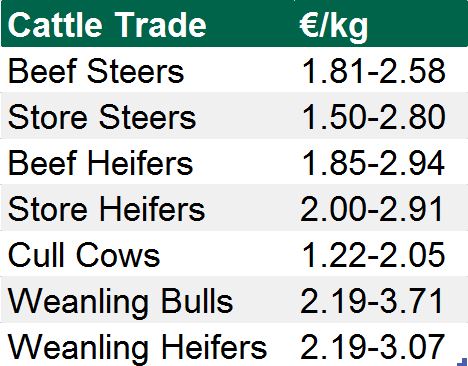 The weather had a big impact on the cattle trade in Dungarvan Mart on Monday last, according to the Mart Manager Ger Flynn.

According to Flynn, the poor weather combined with large numbers of factory cattle are having a negative impact on the beef steer and heifer trade.

The prices achieved for factory heifers had slipped on previous weeks with the hammer falling on these lots from €1.94-2.13/kg while store heifers made €2.01-2.05/kg.

According to the Mart Manager, the number of cull cows coming forward are increasing on a weekly basis and the better quality lots are trading from €1.55-1.69/kg.

There was a large entry of cattle in Mountbellew Mart on Friday, according to the Mart Manager Marianne Higgins.

According to the Mart Manager, the trade remained firm for all types of stock, forward steers sold from €2.23-2.58/kg while the lighter store lots traded from €2.22-2.69/kg.

The prices had stabilised in Kilkenny Mart on Thursday as a result of smaller numbers with 760 cattle passing through the ring, according to the Mart Manager Michael Lynch.

According to Lynch, this was especially the case for quality Brittish Friesian steers while quality continental steers also met with a good selling trade.

Cull cow prices were similar to previous weeks, dairy types traded from €0.90-1.70/kg while the hammer fell on the continental cull cow types from €1.30-2.05/kg. 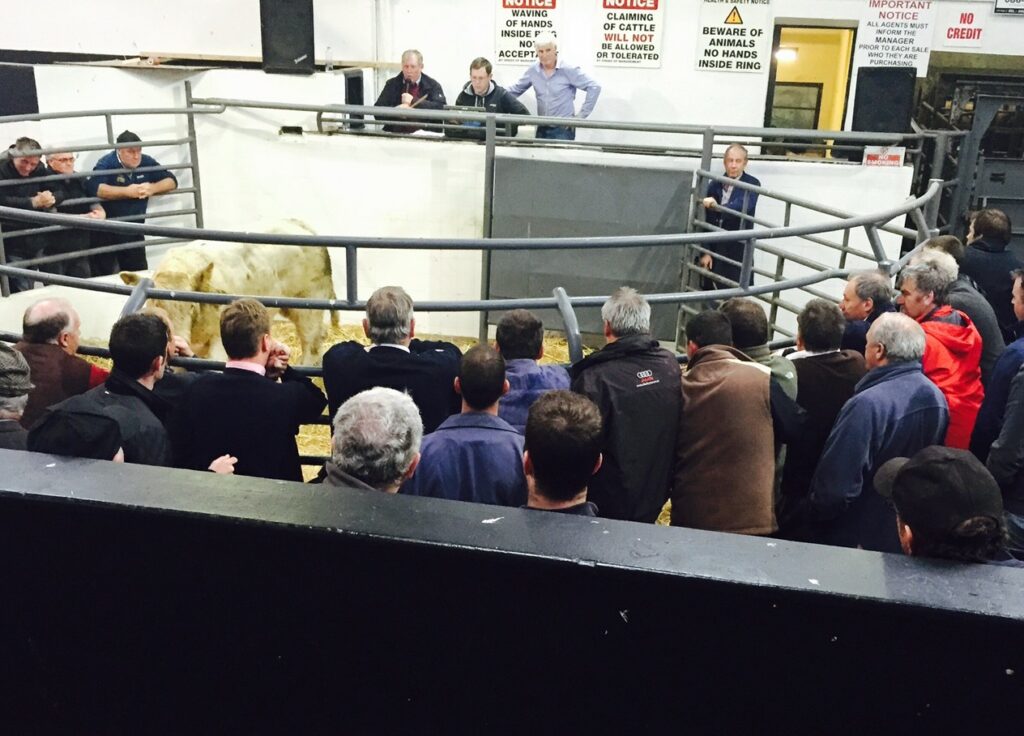 The recent downturn in the weather conditions had little impact on the cattle trade in Castlerea Mart on Thursday, according to the Mart Manager Brendan Egan.

According to Egan, prices remained firm where quality lots were presented but there were bigger numbers of stock on offer.

However, despite the demand for quality lots plainer cattle proved to be a little easier but heifer and breeding stock reported good clearances.