The total number of live weanling exports have dropped by 7,490 from January 1 to October 31 compared to the same period in 2014, figures from the Department of Agriculture show.

These figures indicate that total live exports of these animals have dropped by 29%, however despite this drop it is not as severe as the drop experienced up to October 17, when 33% fewer weanlings were exported.

These figures from the Department of Agriculture and presented by Bord Bia also indicate that the total number of store cattle exports have also dropped by 53.6% or 20,869 head.

There has also been a substantial drop in finished cattle exports, with 49,883 of these animals exported to October 31, which represents a drop of 16.1% or 8,033 on the same period last year. 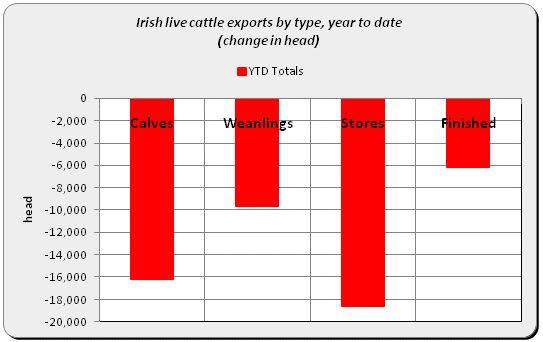 According to these figures from the Department of Agriculture, total live cattle exports to continental Europe have dropped by 34,456 head or 24.8%. 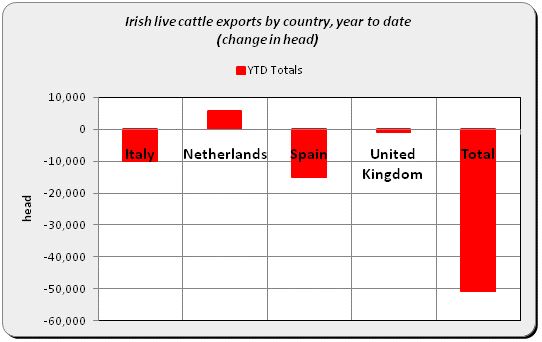 Exports to the Lebanon have fallen by 68 head, while exports to Tunisia have increased by 421 to reach 3,304 head.