A new poll carried out in Northern Ireland by the Royal Society for the Protection of Birds (RSPB) has found that three-quarters of people in the region think farmers should get more support to help deliver environmental benefits.

The research conducted in February 2020 was commissioned by RSPB NI and conducted by LucidTalk, and targeted an established opinion panel that is demographically representative of Northern Ireland.

RSPB NI conducted the poll of 1,851 people to understand the impact the Covid-19 pandemic has had on public attitudes towards nature and the environment in Northern Ireland.

It found 74% of respondents agree there should be new laws and policies to better protect nature.

But surprisingly, the survey also showed that the majority of adults also support farmers in looking after the rural landscape.

It demonstrated a clear alignment between public opinion and the RSPB’s call for a more resilient economy, with 75% agreeing that a larger portion of funding should be given to farmers to help deliver environmental improvements and 87% in favour of measures to sustainably manage fish stocks.

Opinion poll results echo asks within an open letter sent to the NI Executive and signed by businesses, charities and academics, calling for a Green Recovery.

The opinion poll also found the overwhelming majority of respondents in favour of an independent Environmental Protection Agency and Climate Change Act for Northern Ireland.

It also found that over 50% of respondents are now more inclined to vote for a political party that prioritises investment in nature-rich green spaces.

Commenting on the findings, John Martin, head of policy and advocacy for RSPB NI, said: “The decisions the government makes as we emerge from the Covid-19 crisis will affect our environment and community for decades to come.

These results indicate that people are not only concerned about the threat of climate change and destruction of nature, but they are seeking political action in the form of a Green Recovery to proactively protect, recover and enhance the environment for both people and nature to thrive.

“Now is the time for the Northern Ireland Assembly to bring forward proposals for a Climate Change Act and an independent Environmental Protection Agency in line with the commitments made within ‘New Decade New Approach’.

“Now that the Northern Ireland Assembly has supported a ‘Just and Green Economic Recovery after Covid-19 crisis’, there should be no delay.” 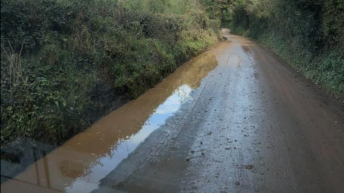