Poll result: Should there be higher penalties for allowing dogs to roam? 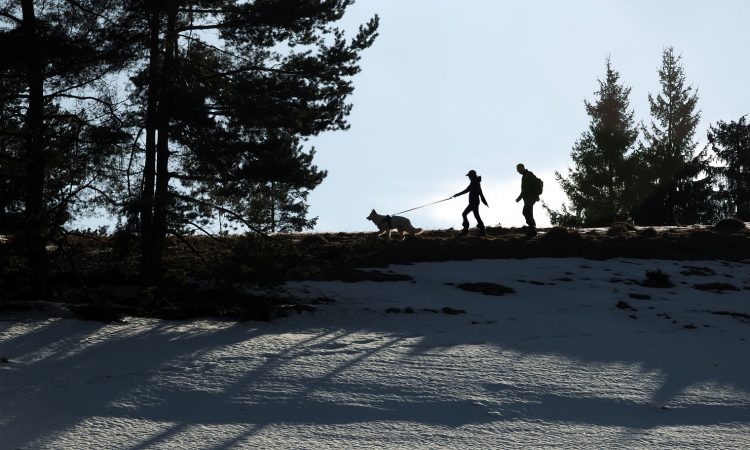 The majority of people who took part in an impromptu AgriLand survey about dogs being allowed to roam on rural land, feel that tougher penalties should face dog owners and walkers.

The issue of dog attacks and sheep worrying has consistently concerned farmers in rural areas for many years.

Even this past week, 18 in-lamb ewes were attacked at a popular walking spot in Co. Sligo.

We here at AgriLand wanted to know if you’re a farmer or dog owner, how you feel about dogs being allowed on rural land or hills.

Over a 24-hour period more than 1,800 of you answered the question in our poll: ‘Should there be higher penalties for dog walkers / dog owners who don’t maintain effectual control of dogs on rural land?’

Advertisement
96% (1,809) of respondents to the poll voted yes – that there should be higher penalties for dog walkers or owners who don’t maintain control of their dogs. 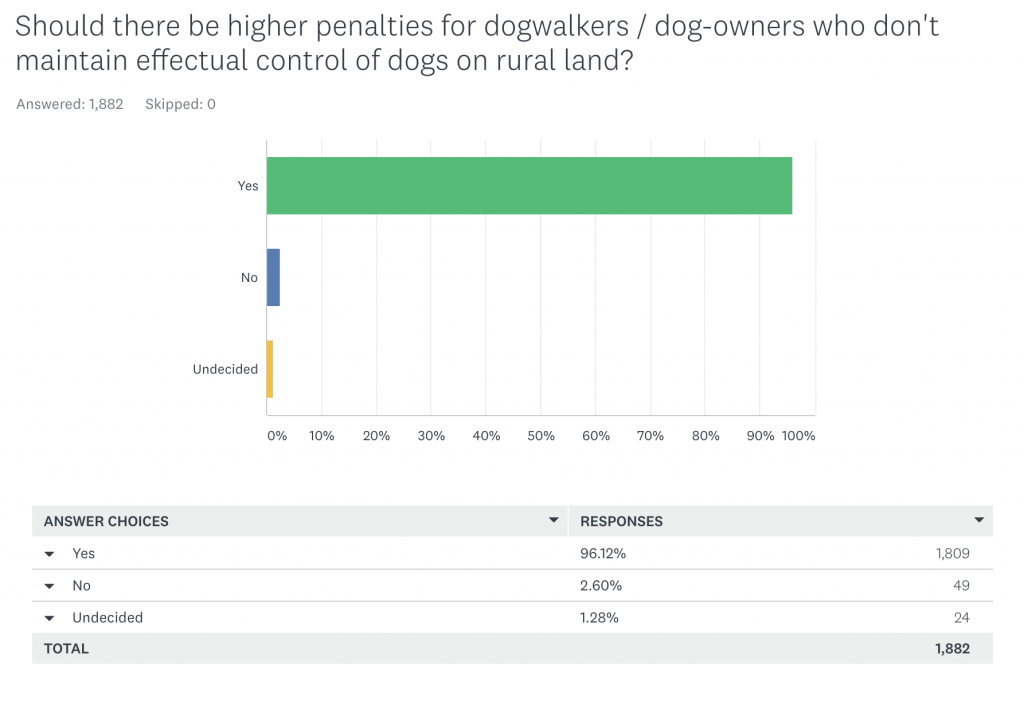 In recent weeks, momentum has been growing in the farming community and politically, urging an outright ban on dogs being allowed onto private farmland.

Some farm organisations feel that no dogs should be allowed on hills or in fields, even on a leash, while others have called for dogs to be kept on a leash at all times.

As lambing season is upon us, it’s a particularly worrisome time for sheep farmers, who are trying to keep distress to animals at an absolute minimum and the presence of a dog nearby can have serious consequences for sheep.

Walking groups, such as Mountaineering Ireland, have also joined the chorus appealing to dog owners not to bring their pets for walks on rural farm land or on hills. 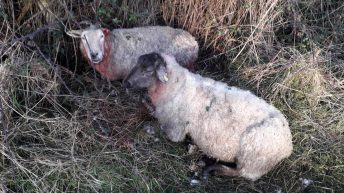 Gardaí: Over 3,000 sheep killed in dog attacks per annum