SaMASZ is one of a huge hoard of manufacturers represented today (May 17) at Grass & Muck. The venue is Gurteen College (close to the Tipperary/Offaly border).

Pictured above is a front-and-rear combination mower from the Polish-based manufacturer; it was photographed on Egmont Agri’s stand.

He is also an active member of the FCI (the Association of Farm & Forestry Contractors in Ireland).

The SaMASZ brand-name is becoming increasingly familiar – not just in Cork but elsewhere around the country.

The manufacturer is, meanwhile, in the process of completing a new factory – at its base in Poland. This video (below) provides a glimpse inside the new plant.

It, says the company, is part of an overall investment stretching to over 90 million Polish Zloty (approximately €21 million). When fully up and running, it will employ 1,400 people.

The new facility also incorporates a new R&D (Research and Development) centre – within the complex.

Where did SaMASZ come from?

The SaMASZ story began in 1984, when mechanical engineer Antoni Stolarski opened his own business in a rented garage in Bialystok (Poland).

That same year, he built his first potato digger (harvester). He sold 15 of these – taking on two employees in the process.

Within two years, he had built his first drum mower – a 1.65m-wide machine. By that stage, he had built 90 potato diggers. The workforce had grown to 10 full-time people.

By 1988, 15 staff were employed at SaMASZ; a new 1.35m-wide drum mower had joined the fledgling product line. Continued growth prompted a move to a new premises.

In the mid-1990s, the company was building more than 1,400 mowers per annum; exports sales to Germany also kicked off.

1998 saw the advent of SaMASZ disc mowers; it also saw the beginning of a raft of new distribution arrangements – in New Zealand, Saudi Arabia, Croatia, Slovenia, the Czech Republic, Norway, Lithuania, Latvia and Uruguay. Exports accounted for over 60% of total output.

By 2005, following the launch of several new products in the interim, up to 4,000 mowers were being built and sold each year. In that year alone, 68% of the factory’s output went beyond Poland’s borders.

During the past decade, the entity has continued to grow – adding more machines to its line-up in almost every one of the intervening years. It’s a fascinating story. 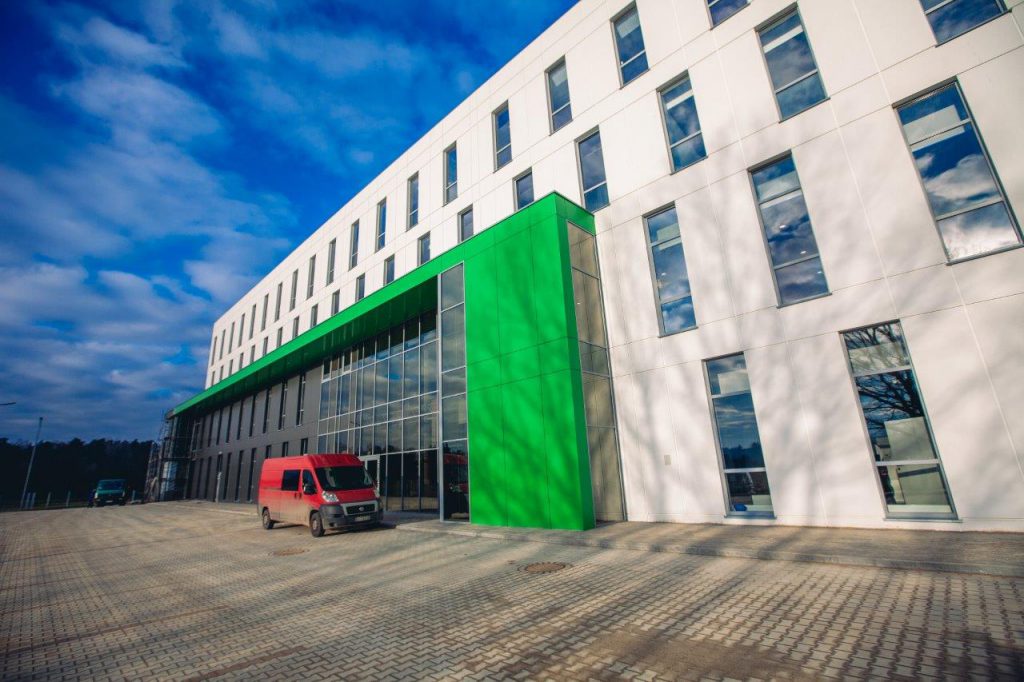