‘Ploughing 2018’: A better way to spread slurry…on a budget 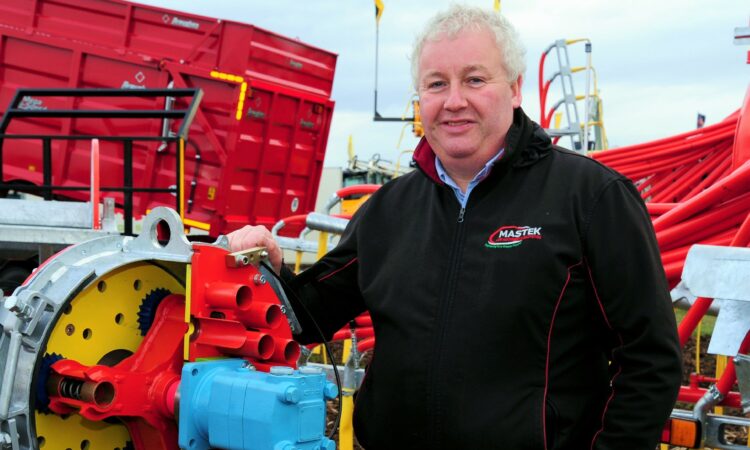 “Contrary to what many believe the TAMS grant is available on dribble-bars on their own,” stated Paul Quinn, owner of Mastek.

He continued: “The tanker manufacturers don’t like to talk about it – why would they?”

It’s a salient point; slurry tanker manufacturers want to sell tankers – and the belief that existing splash-plate machines cannot be updated without foregoing grant-aid is convenient for their cause.

Mastek (well known for its slurry equipment) doesn’t manufacture tankers, so the company is happy to push its retro-fit dribble-bar booms. It promotes such products as a budget-friendly alternative to an otherwise large investment (i.e. a new tanker with an expensive applicator). 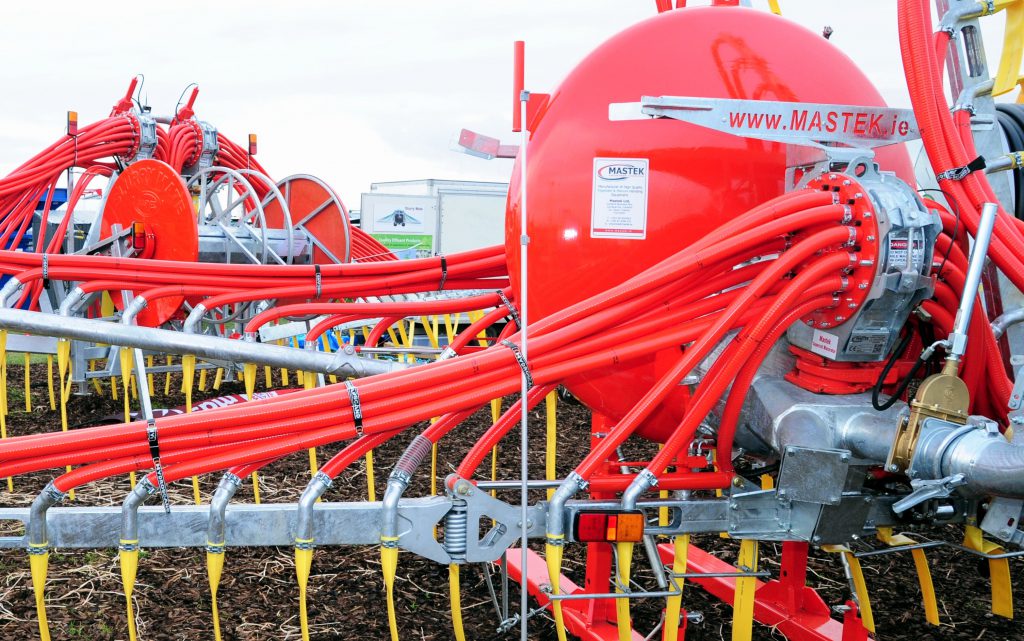 The company has two versions of its retro-fit boom available; these are known as the ‘Universal Dribble Bar’ (or UDB for short).

The higher-specification variant can even be attached to an umbilical system; the ‘Farmer’ model is simpler and, therefore, lighter (circa 380kg for the 7.5m model).

For smaller tankers there is an option of a 6.5m version (in both specification levels).

The company claims that the booms can be fitted to any existing tanker (that has a rear inspection hatch). Chassis rails beneath the tank are apparently not needed. 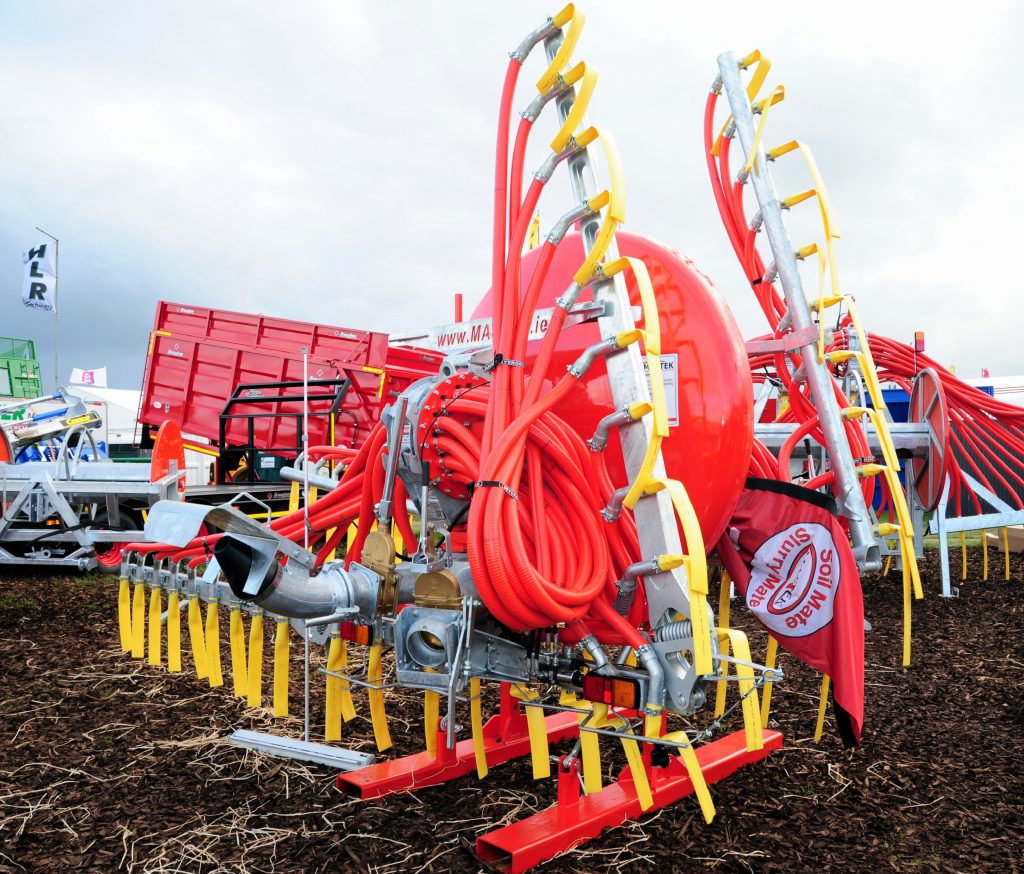 Whichever model or size of dribble-bar is chosen, all are supplied with the company’s patented macerator. Macerators are essential to the operation of any slurry spreading system, where slurry is fed through pipes (rather than exiting through a simple splash-plate). 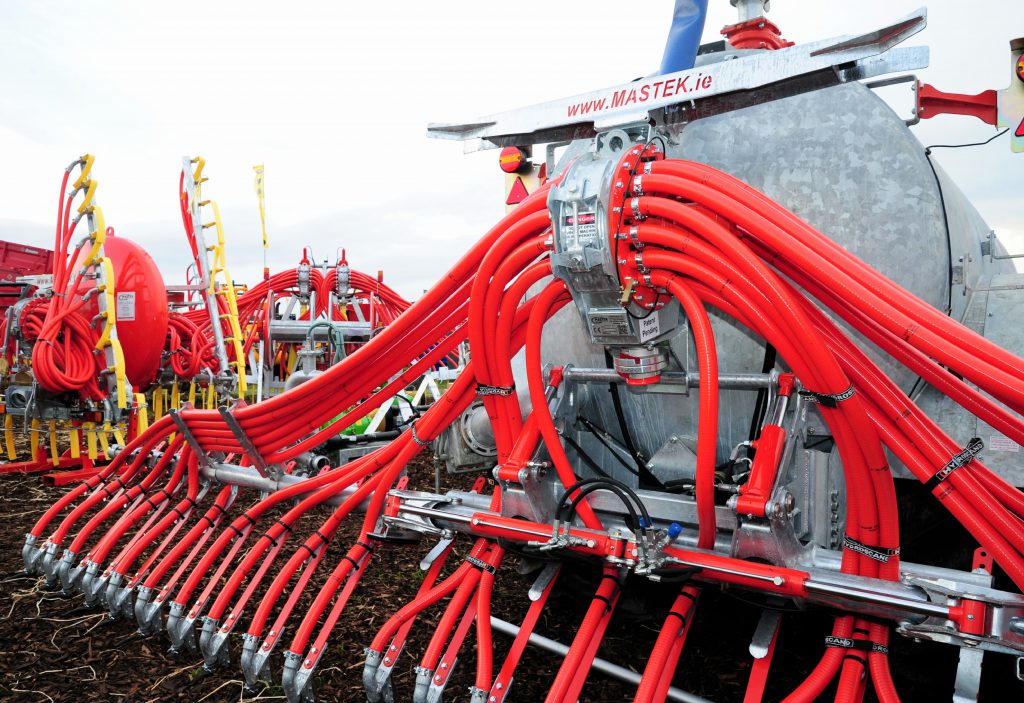 The macerator produced by Mastek has a “unique” system, whereby rotary knives slice through fibrous material (as they pass over a perforated plate, through which the slurry is pumped).

It’s a device that’s under constant development; the latest improvements include an extra plate located between the hydraulic motor and the rotating cutting mechanism. 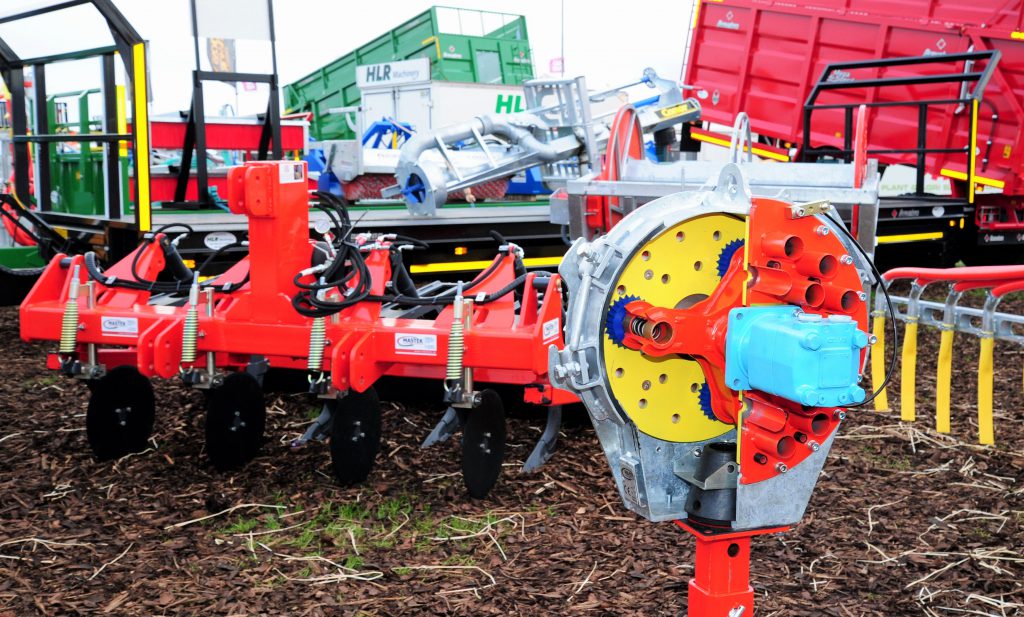 The purpose of this modification is to provide an extra surface, upon which two further seals can act to prevent the leakage of slurry (to avoid corroding the motor bearings).

Not only is it standard on the latest machines, but it’s possible to retro-fit it to earlier Mastek macerators (as are all other improvements phased in since its launch).

Looking to the future, the company is aware that ever-tightening restrictions on phosphates in ground-water will lead to tighter controls on application – based on nutrient levels rather than just the calendar.

To prepare for this, Mastek is preparing to provide ‘real-time’ analysis of the slurry as it’s applied – such systems are already in use on the continent. 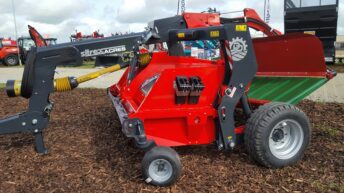