Plenty on offer for machinery fans at LAMMA 14 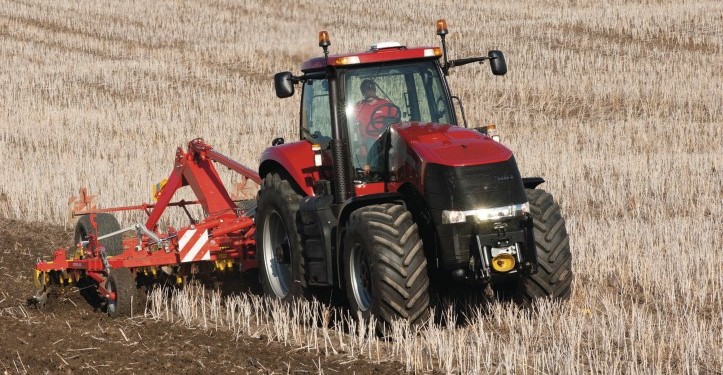 LAMMA is the UK’s leading agricultural equipment and services show and it takes place next week in Peterborough in the east of England.

Most of the main Irish and international machinery companies will be showing their wears at the event. Entrance is free and there is no requirement to register to attend.

According to organisers, they are expecting upwards of 40,000 farmers from the UK and overseas, including a huge following from Ireland.

Highlights are set to be:

Amazone recently announced it will be putting its new plough Cayron 200 on display at LAMMA.

Case will be giving debuts to a host of new products at LAMMA 2014 including its most powerful rigid-chassis tractor, the 404 hp Magnum 370.

Making its first appearance at the event will be Farmall U Pro with cab suspension and improved control ergonomics, the new Farmlift series of telescopic loaders, Magnum CVX and Maxxum CVX tractors featuring the company’s Constantly Variable Transmission, together with the RB455 and RB465 round balers.

Claydon says it will be displaying the latest additions to its range including the new 3.0m wide Claydon Fertiliser Hybrid drill and the 12.3m wide Claydon Rolls.

According to the company, these new products have been added to meet customer demand and are designed to complement the rest of the Claydon range and enable users to cost effectively achieve the best possible crop establishment.

After its award-winning appearance at Agritechnicain November last Claas will again feature the Axion 800 series tractor at their LAMMA stand.

John Deere has big plans LAMMA show. John Deere say that a number of new tractors, sprayers and Gator utility vehicles, plus a new round baler and mower-conditioner, will be featured for the first time on the John Deere stand.