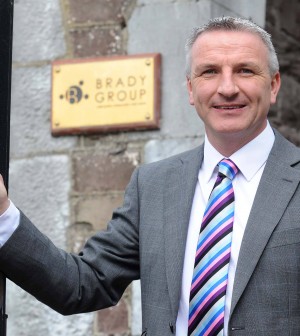 “The big worry is that the environmental scheme will be just limited to the western seaboard.” This is accoridng to Mike Brady, president of the Agricultural Consultants Association (ACA).

Speaking to AgriLand today Brady said: “The full detail of the scheme is not fully known yet, but there has been some mention of priority access for certain groups. My fear is that the majority of the scheme’s places will be given to certain types of farmers. Particularly those on the western seaboard.”

“The scheme has to be representative of the whole country. All the farmers in the state have to get the opportunity to participate. Both those farming intensively and extensively.”

Brady stressed: “We know the big picture now in terms of the main figures and plans. But there is a hell of a lot of fleshing out to be done yet.”

“It’s an exciting time for members of the association,” he noted.

“It’s really positive that farmers know what they are dealing with now. The uncertainty is gone to a certain extent … it’s really been quite unsettling for farmers up to know not knowing what’s coming down the road.”

Brady commented that a critical thing for consultants is that Teagasc advisor numbers have fallen dramatically because of the recruitment ban.

“In terms of the new scheme the State is going to be dependent on the private sector and our members need a scheme to remain in business.”

According to the ACA president: “In our meetings with the department over the coming weeks we will be advising mandatory advisor involvement.

“I’m hoping that the scheme will get advisor’s out on to farms, which in my opinion, is what it’s all about. When an advisor is onsite with a farmer they won’t be just talking about agri-environmental issues they will be looking at other areas as well and that is important.”

With 50,000 farmers potentially eligible to join the scheme some have questioned whether there are enough consultants to deal with the workload. Brady said: “There is no problem there. We have the experience in doing schemes like this. We know how to manage these schemes.”

On the potential returns for farmers, he said: “Farmers are commercial beasts at the end of the day. They will weigh up if the scheme is worth participating in.”

He commented: “The farmer has to be retaining at least half of the money, after the planner and work done is paid for.”

Many farmers who have taken part in REPS for many years, since its creation back in the mid 1990s, would ask after up to 20 years in an agri-environmental scheme, what more can be done?

Brady stressed: “It’s important to understand that it is an agri-environmental scheme, not a social welfare scheme. There must be some payback for the money.”