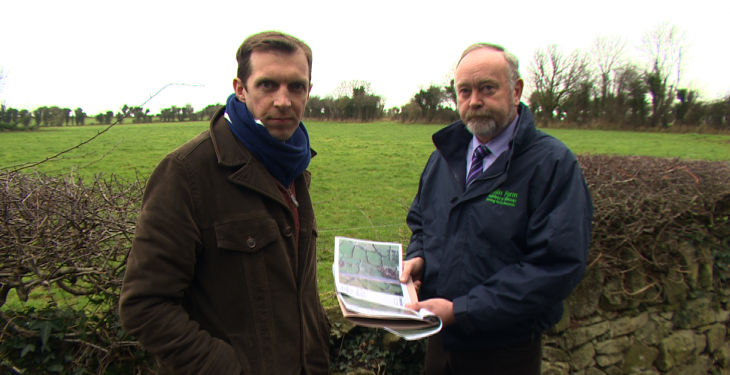 UPDATE: It’s Thursday and you know what means, Ear to the Ground time. #Ettg

Ella McSweeney looks at organic farming, Helen Carroll meets Temple Grandin, the woman who changed the beef industry who was immortalised by Clare Danes in a biopic of her life and Darragh McCullough gets to grips with a technology that knows more about a farmers’ land than the farmers themselves. An episode not to be missed, RTE 8.30pm.

Do consumers really know what “organic” means? Do many of us buy it? Do those who eat it really know what the difference is and why they pay more for it? Ella Mc Sweeney meets organic beef farmer Pat Lawlor in Westmeath. Over 10 years ago Lawlor decided the profit margin on the commercially farmed beef he was producing was too low for him to make a decent living. He opted to become an organic farmer in a bid to boost his earnings. He tells Ella about the complicated process of becoming an organic farmer, what he needs to do differently to before and what difference it has made to his farm.

Not too many people can claim to have changed an entire industry, but Dr Temple Grandin, renowned American animal scientist has. Her designs and systems for livestock handling have been adopted by farms, feedlots and abattoirs all over the world.

Helen Carroll meets this remarkable woman who was named among Time magazine’s 100 most influential people in the world and has seen Clare Danes play her in a film of her life. She explains her techniques for herding and handling animals in a stress free way, and how her autism has given her unique insights into animal behaviour.

She argues that autistic children need to be integrated into everyday life and that they can contribute in many ways to society through their unique abilities, rather than focusing on their weaknesses.

Farmers the length and breadth of the country have been astounded by technology used by the governments Land Parcel Identification System (LPIS). The hi-tech cameras seem to know more about farmer’s land than the farmers themselves.

The accuracy of the cameras used for LPIS has found that more than 5,000 farmers were inaccurate in their declarations of land to the Department of Agriculture.

Many farmers are appealing the so-called “claw back” letters they have received, ordering them to repay payments received that they were not entitled to. Farmers insist that they were not being dishonest, merely that their maps are nowhere near as precise as the technology at the disposal of the department.

Darragh McCullough meets a Kilkenny farmer who is in the process of appealing the LPIS review of his land and witnesses first-hand the incredible technology.

This story was updated at 11.50am as the programme schedule  for this week was re-arranged.