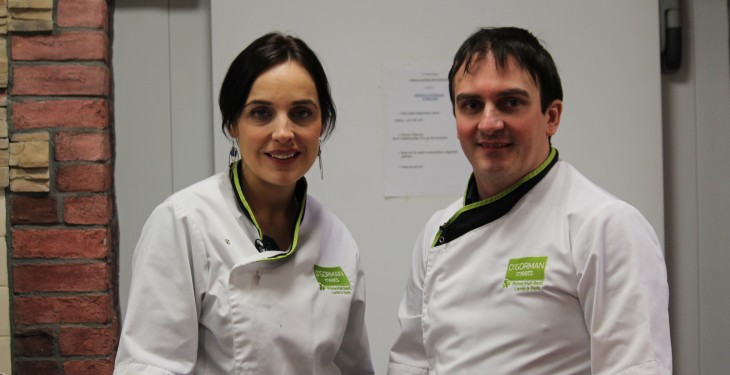 This week features pig processing, survival fitness and a look at storm damage in Co Mayo. Here’s a preview:

BABE: PIG IN THE PROCESSING PLANT

This week’s Food Journey sees Ella McSweeney hot on the trotters of pigs as she investigates their life and death. From piglet to pork, Ella follows each stage of life, from farm to sausage roll.

A curiosity about the origins of our food and what exactly we are eating is at an all-time high in Irish society and Ella is on a mission to de-mystify the Irish staple, ham.

Preparing for end-of-time disaster is serious business for some. “Preppers” are survivalists who actively prepare for drastic emergencies, both natural and manmade. The movement originated in the US and has since spread worldwide. Helen Carroll meets a group of Irish preppers in a forest in Tipperary and is amazed by their resourcefulness. There is nothing they are not prepared for; they even bury emergency supplies in secret locations all over the country so that they will never be caught short, no matter where they are when disaster strikes.

Imagine two acres of a farm washed out to sea, along with 28 sheep. This was the reality faced by Mayo farmer, Chris Ginnely. As the clean-up operation continues around the country to repair the estimated €300m damage caused by superstorm Christine, Darragh Mc Cullough traveled to Mayo to meet Ginnely on his farm on Cleggan Island, Belmullet.

The sea also claimed 40-round bales of silage, threatening feed for the rest of the winter. Cleggan Island will be in dire straits if there is another storm as the land bridge connecting the island to the mainland was so badly hit, it almost certainly won’t survive another assault.

Much of the Irish coastline was severely impacted by the extreme weather and Darragh surveys the damage and asks who is going to pay for it?