There’s been a noticeable change in the weather of late, with temperatures dropping slightly to give a touch of frost in places.

Farmers across the country woke up to a crisp morning today and many farmers have tweeted photos of their farms.

Joe Deverall, a third generation Hereford breeder from Geashill, Co. Offaly tweeted that it was kind of chilly this morning and going to be another good day.

Kinda chillly this am going to be another good day #farm365pic.twitter.com/rB4dMGH99S 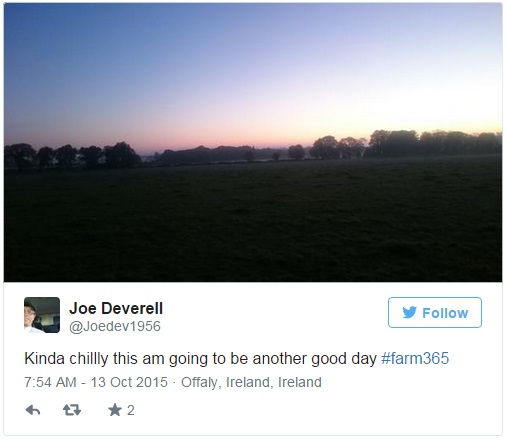 David Kerr, a dairy farmer from Co. Laois, tweeted this picture of his cattle this morning, saying ‘no flies out this morning #fresh’. 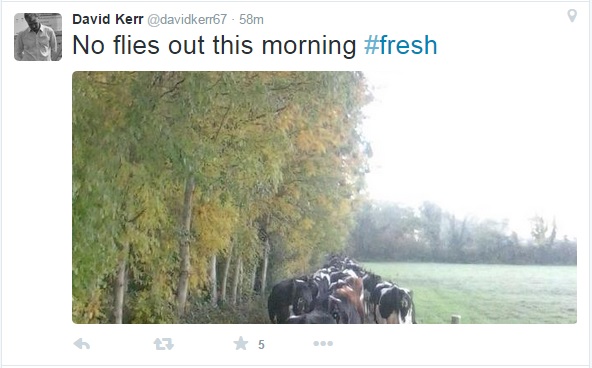 [/yes-app] Shaun McCarthy, from Annascaul in Co. Kerry also tweeted a photo of his cattle shortly after dawn with the caption ‘crispy start to the morning’. 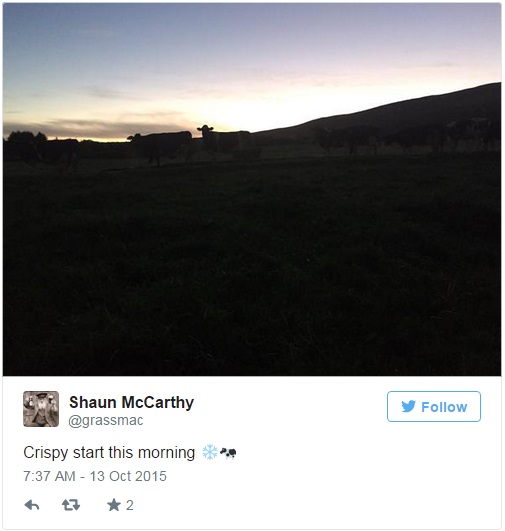 [/yes-app] John Kelly, a dairy farmer from Co. Wicklow, tweeted these great photos on his farm. He posted the caption ‘one of those crisp autumn mornings’. 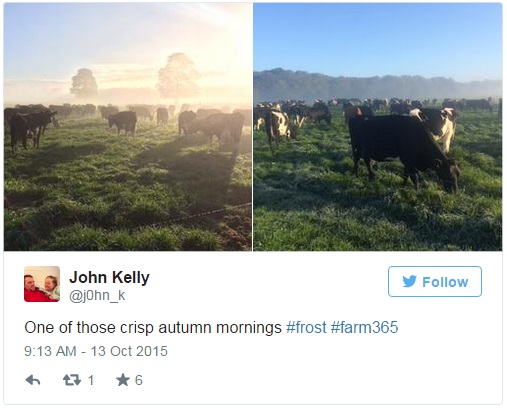 [/yes-app] Belmullet Coast Guard Station tweeted this great photo along the Wild Atlantic Way earlier this morning of the sunrise. The station is situated on Claggan Island in Co. Mayo.

Not a bad start to the day!!! #wildatlanticway#clagganisland#sunrise#ireland#mayo#thisisliving@7_irishsunsetspic.twitter.com/mFx9CMjmRr — Belmullet CGS (@belmullet_cgs) October 13, 2015 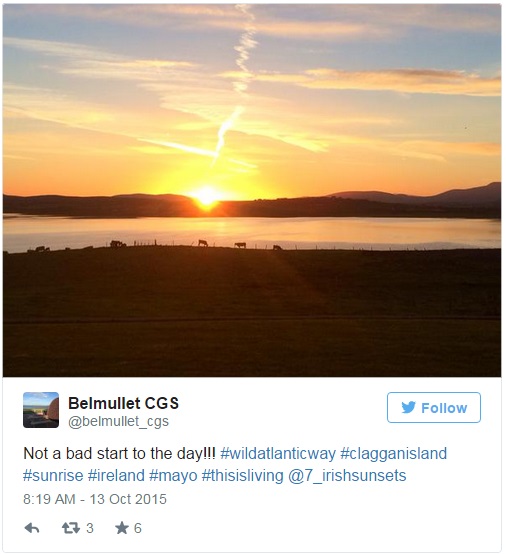 The Irish Weather News tweets about the weather from Ireland on a daily basis and often posts pictures.  It said that the fine, settled spell continues with golden autumn sunshine by day and cold nights with fog and frost. 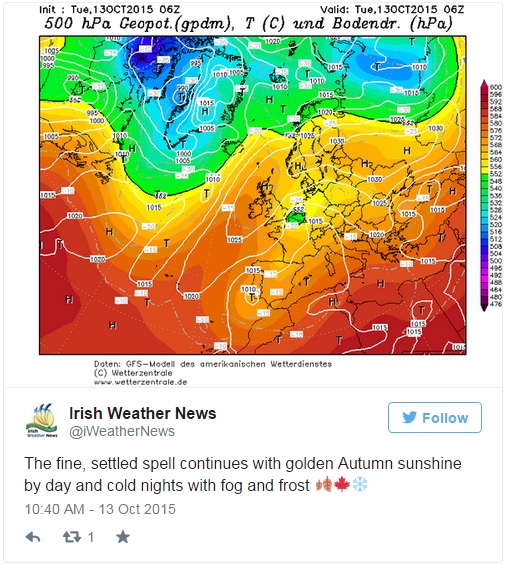 According to Met Eireann, the weather for the rest of the week will be mainly dry with settled conditions.

Looking to the weekend, it said that it will be mainly dry, with sunny spells and just a slight chance of one or two isolated light showers along southern and eastern coasts.

The crisp weather looks set to continue, with current indications from Met Eireann suggesting there will be a dry and settled start to next week.