Weather conditions were once again less than ideal, with very heavy fog affecting many exhibitors on the morning – resulting in a delayed starting time, though this had no other adverse impact on the event.

The top price for a bull was paid by Oliver Cullinan from Co. Clare when he purchased Padraig McGrath’s bull, Kye Knight 750, for €4,200. Sired by Free Town Hotspur, Kye Knight has ratings of five and four stars on the terminal and replacement indices respectively. 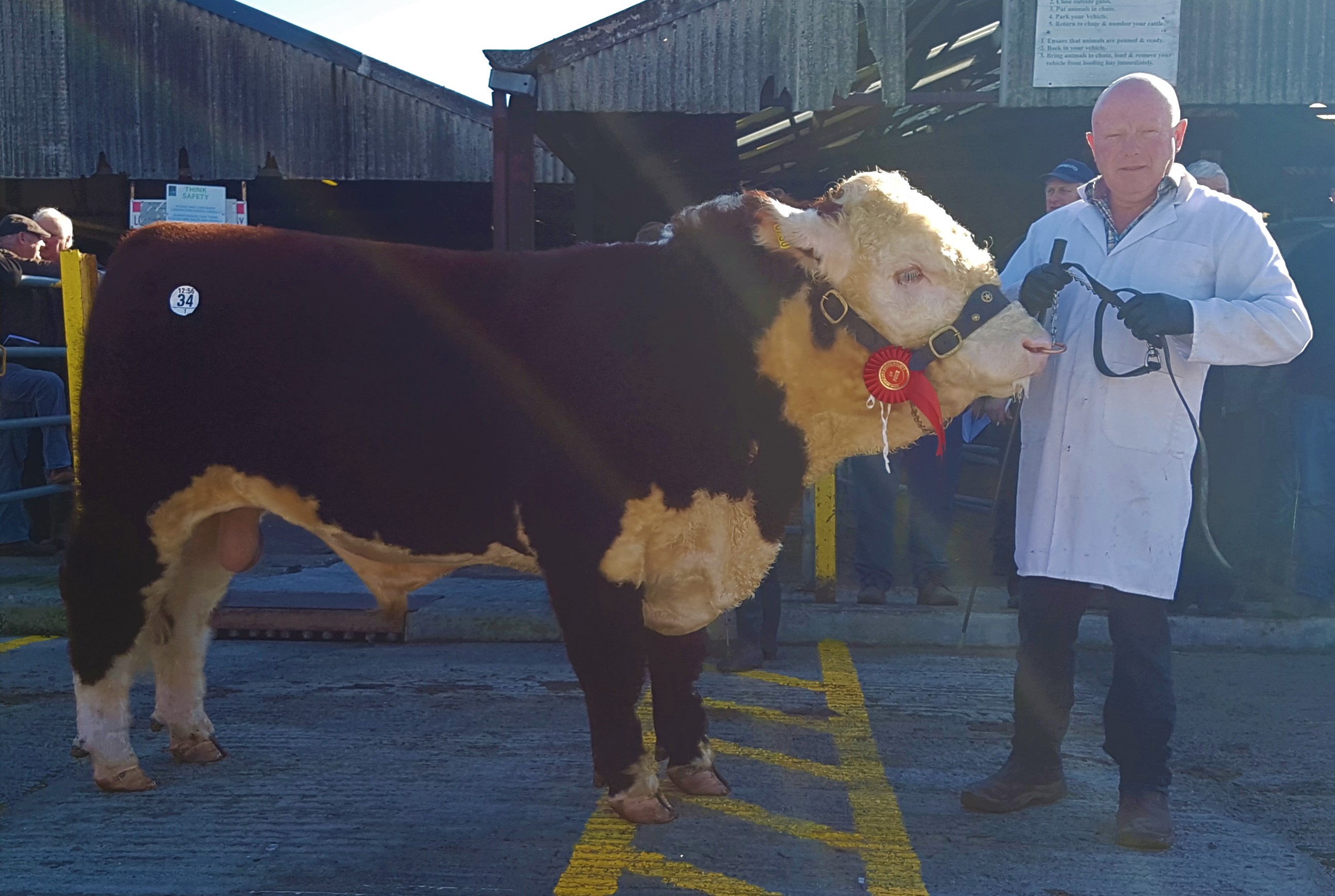 Padraig McGrath with his first prize winner of the 3rd class – Kye Knight 750 – which was sold for the highest price at the sale, €4,200

€2,850 was the next highest price at the sale, with two bulls making that figure on the day.

First into the ring was Timothy Minogue with his bull Ryle Glen Deed (born in January 2016). He was followed shortly by David Larkin’s bull Cill Cormaic Octavia, a home-bred bull born April 2016 and sired by Cill Cormaic Lincoln. 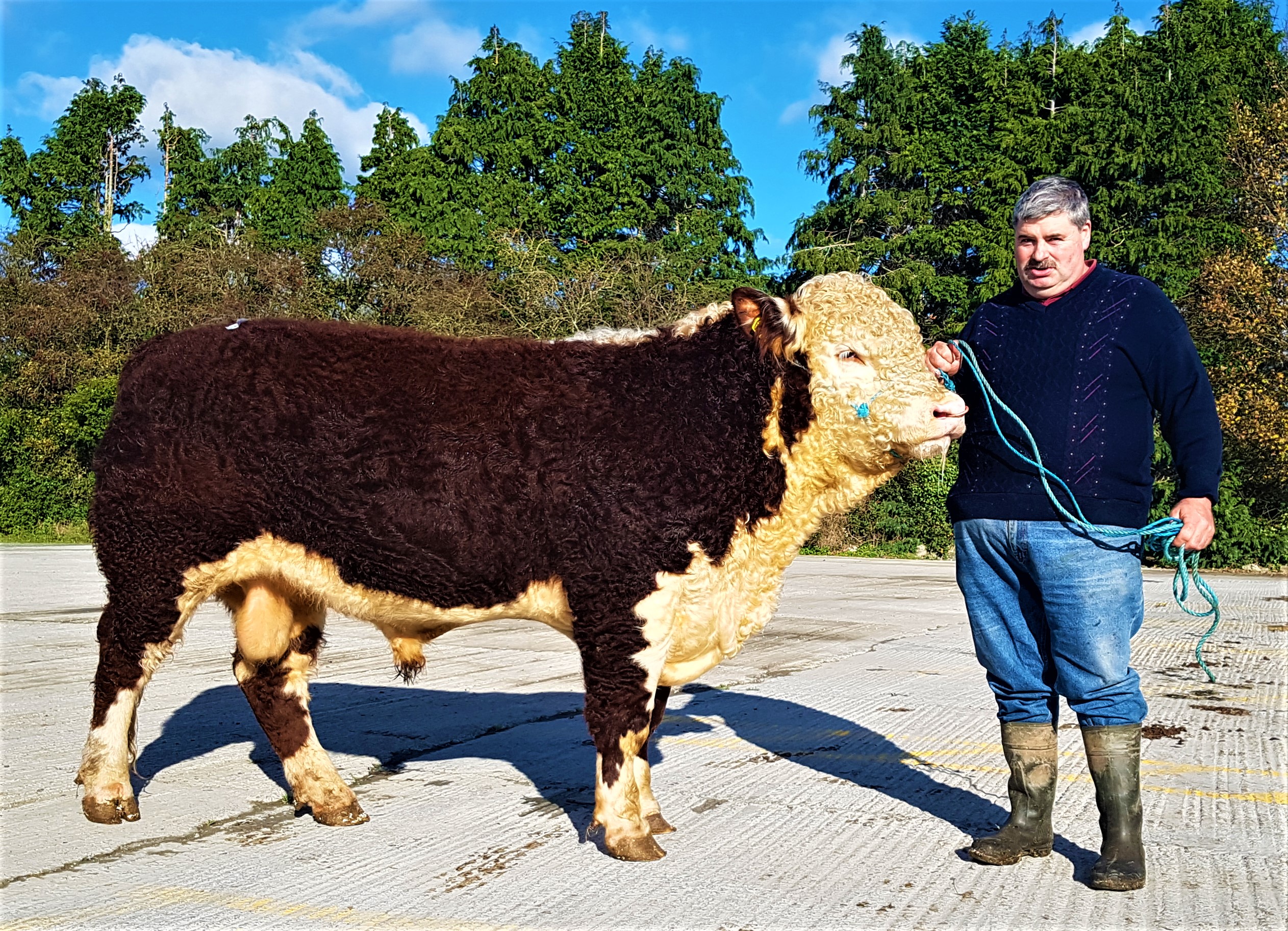 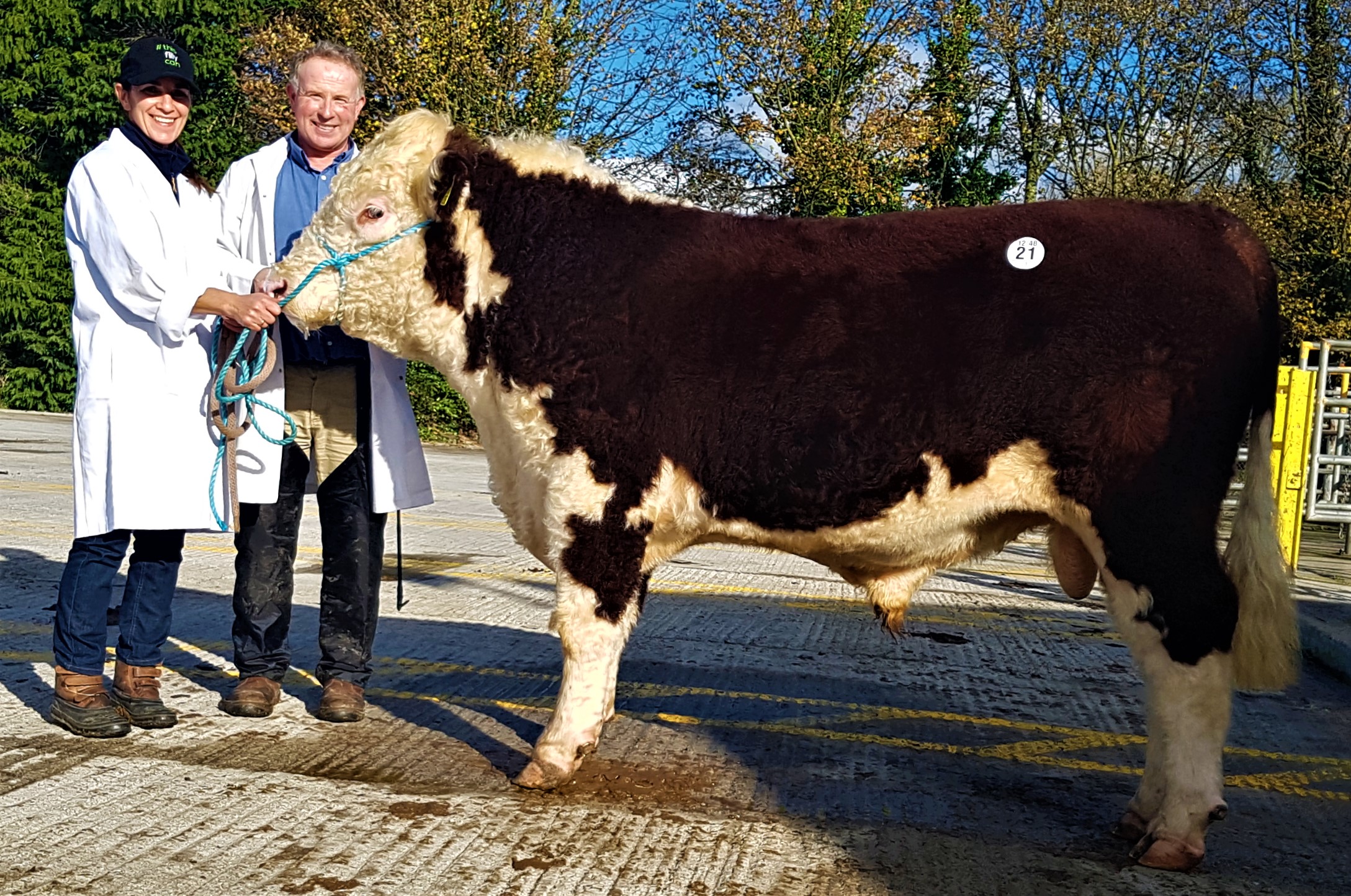 The champion’s title at the event went to Tom Brennan’s 20-month-old bull Ballen Merlin, but this bull was not sold – following a failure to meet his reserve. 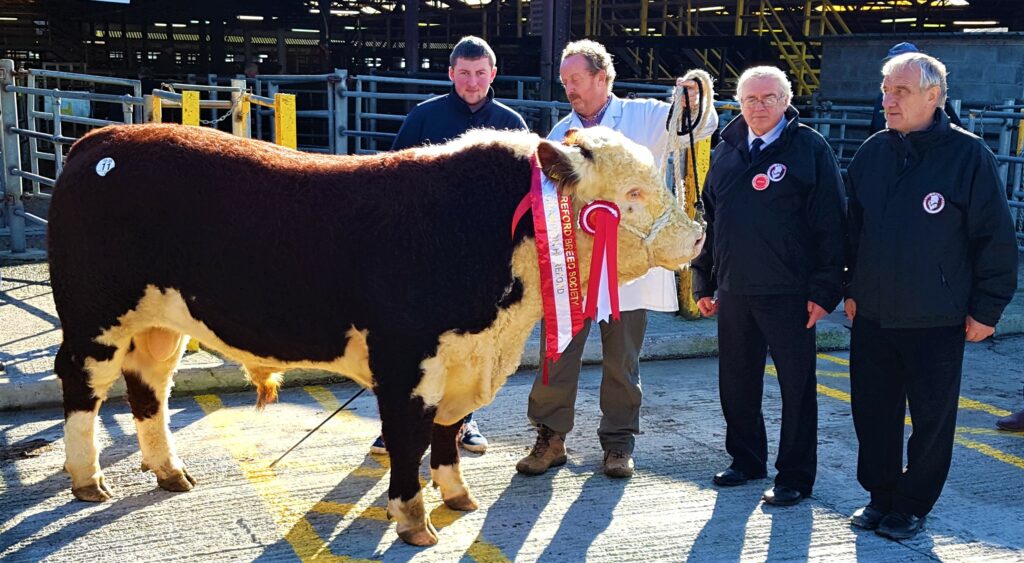 Taking home the rosette for reserve champion at the show in Kilmallock was Henry Stanley’s Cullaun Popeye, sired by Kye Storm 508, which sold for €2,800.

Michael O’Keeffe from Co. Cork had his Hereford bull calf champion from this year’s Nenagh Show on exhibition as well on the day. With a star rating of four and five stars for terminal and replacement indices respectively, O’Keeffe’s bull – Gurteragh Rossa 699 ET (sired by Trillick Best) – sold for €2,800 to Donal Curtin Temple from Co. Limerick. 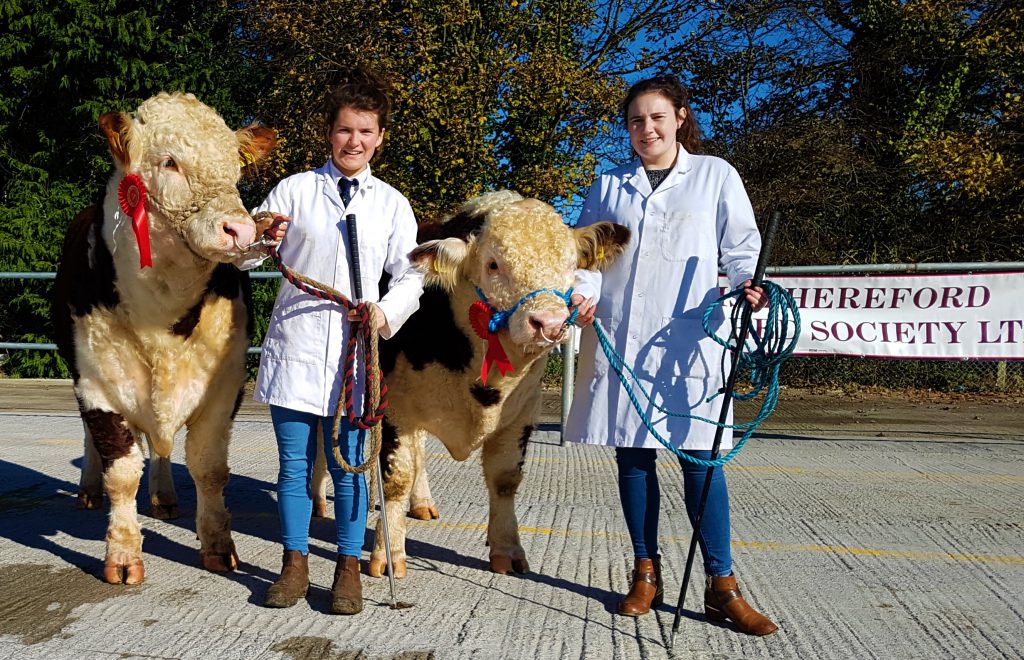 Catherine Smyth with her bull Ardmulchan Manager sold at €2,700 and Susan Dudley with Kilsunny Nixon sold at €2,400

The next IHBS Hereford event will be the National Calf Show which will take place Sunday, November 12, at GVM Auctioneers, Tullamore, Co. Offaly.