Pics: Snow hit the country last night – there was some great shots on Twitter

Snow, ice and frost hit the country over the past number of days, with Met Eireann issuing orange and yellow snow-ice warnings.

Northern Ireland, the west and the midlands were hit the hardest by the snowfall.

Kathryn Cooke tweeted us this photo of the snow in Mullaghmeen, Co. Westmeath where they got a good dusting. 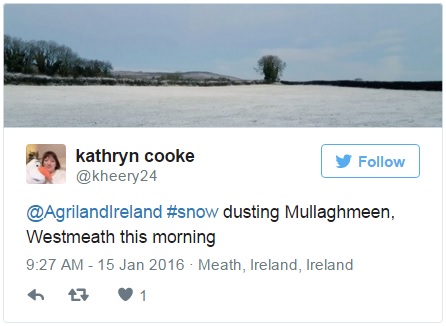 Aldatus Healthcare and Safety Training tweeted us this great photo of cattle in the snow.

It shows Angus cattle out eating fodder in a snow-covered field. 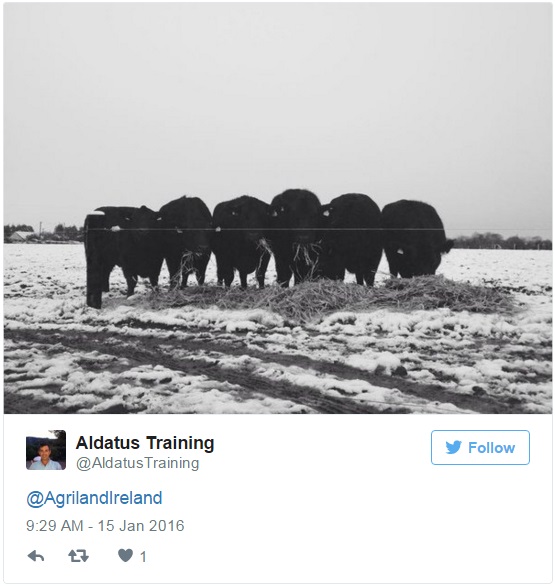 Marcus Crowe sent us in this great photo of his dogs in the snow yesterday. 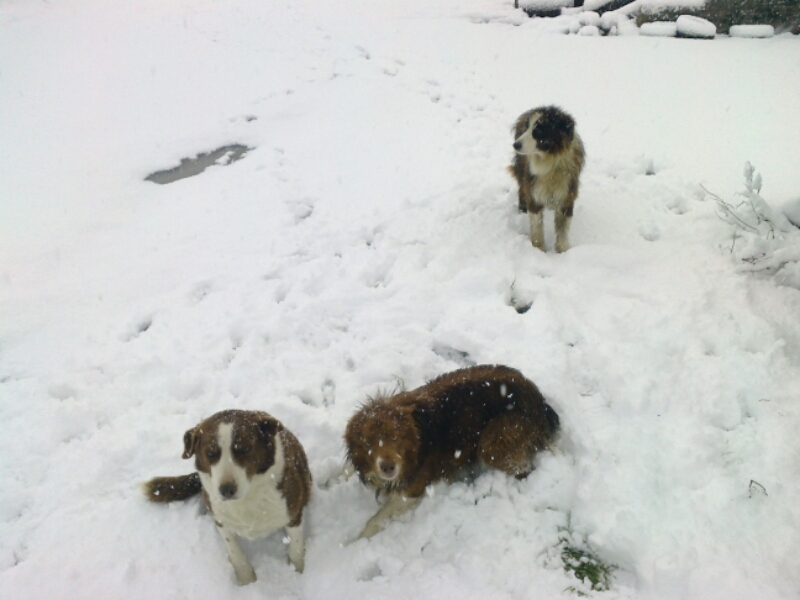 Along with the photo he said “four seasons in one shot”.

Is maith an scéalaí an aimsir! 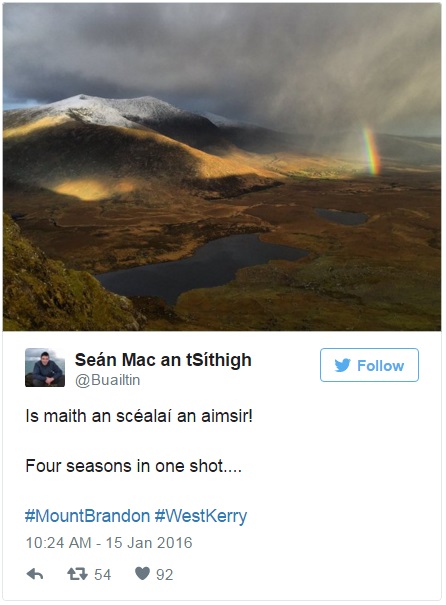 It was a fresh morning in Cavan with a good covering of snow judging by this photo the Slieve Russell Hotel tweeted. 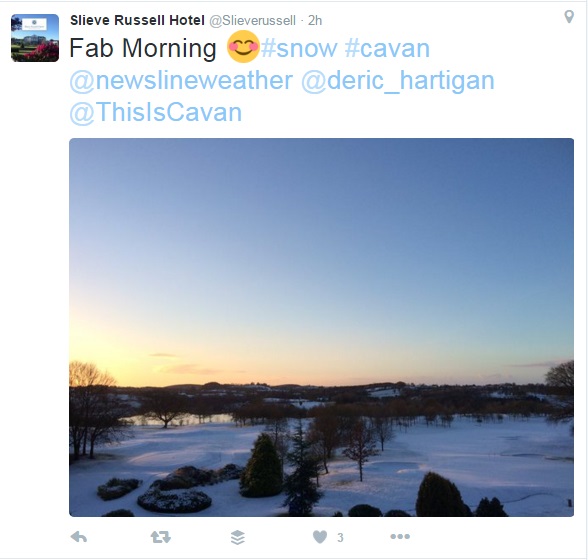 Fran McNulty, RTE broadcaster, shared this photo of sheep in the snow with fodder this morning.

Fodder quandary for these guys this morning pic.twitter.com/T67HaKzSaL 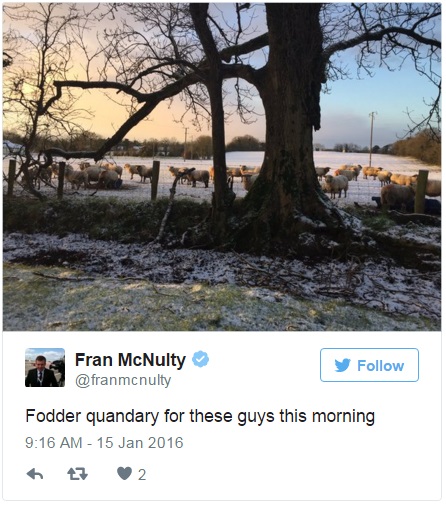 Snow has also hit the UK, with Hill Top Farm in the Yorkshire Dales tweeting this photo of moving cattle on a hill side.

“Moving Belted Galloway cattle above Malham” is the caption with the shot. 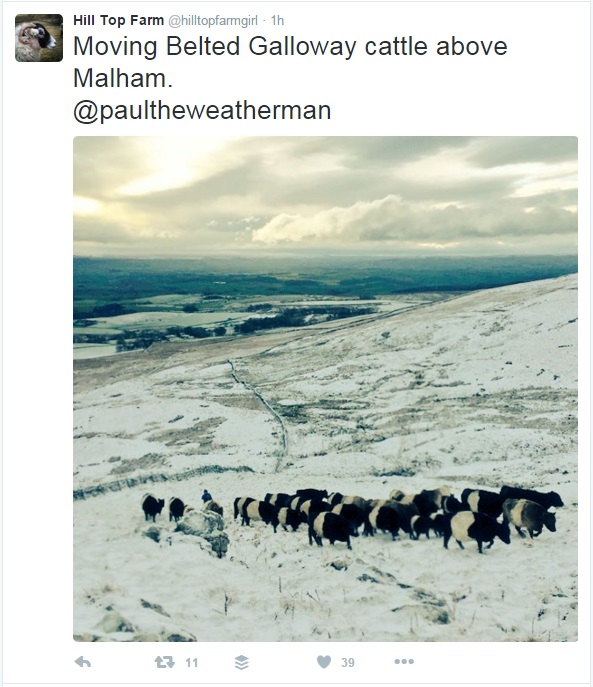