Cows poised for a rapid exit from the parlour

There are 22,500 cows being milked on the Al Badiah dairy farm, one of Almarai’s six super farms in Riyadh, Saudi Arabia.

Agriland visited the farm this week, as part of the Gulf States trade mission being led by the Minister for Agriculture, Michael Creed.

In total, there are approximately 105,000 cows being milked across all the Almarai farms. 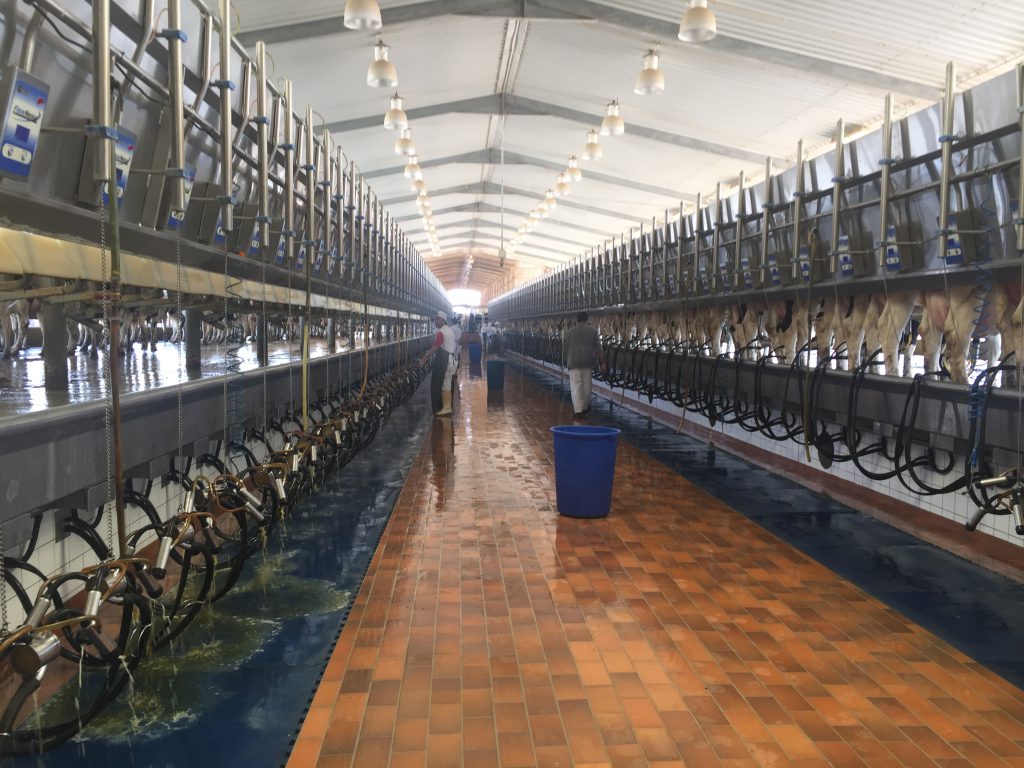 The six milking parlours at the dairy farm are fitted with rapid-exit parlours, which each consist of two 75-unit ‘stalls’ running parallel to each other.

It runs 24 hours a day with the first milking taking place at 12am, followed by one at 6am, another at 12pm and the final one of the day at 12am again.

The cows walk into the parlour, where their teats are sprayed with disinfectant and then the clusters are put on. Once they’re milked, the system releases them and iodine and water are put through the clusters. The floor is also hosed.

Each day on Al Badiah, 960,000L of milk are produced by the cows, with each cow producing on average 48L per day.

Each cow on the farm has on average 3.5 lactations. The cows are also microchipped, with data such as yields, number of dry days, and heat detection all recorded on the dairy’s system. 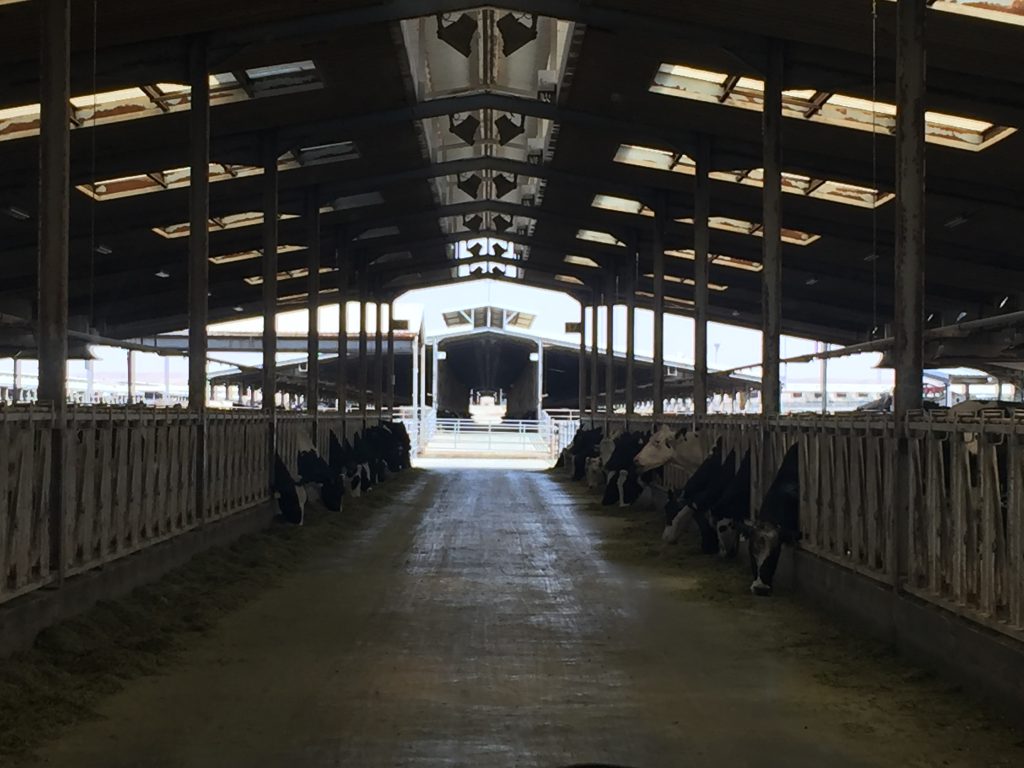 Breaking down the figures, every 40 minutes a tanker leaves the dairy. 11L of milk is produced every second.

Al Badiah has a team of 60 technicians employed for breeding on the farm, which is all done through AI. At any one time, 52% of the herd should be in calf.

All of the heifer calves are kept on the farm; bull calves are sold at an age of 2/3 weeks.

Dairy bull calves can be sold for the equivalent of €275, but this price has dropped by about 60% recently. Once sold, they go into veal production.

There are 52 silage pits on the Al Badiah farm. Maize silage is the main feedstuff, with the maize grown on an arable holding five hours to the north. 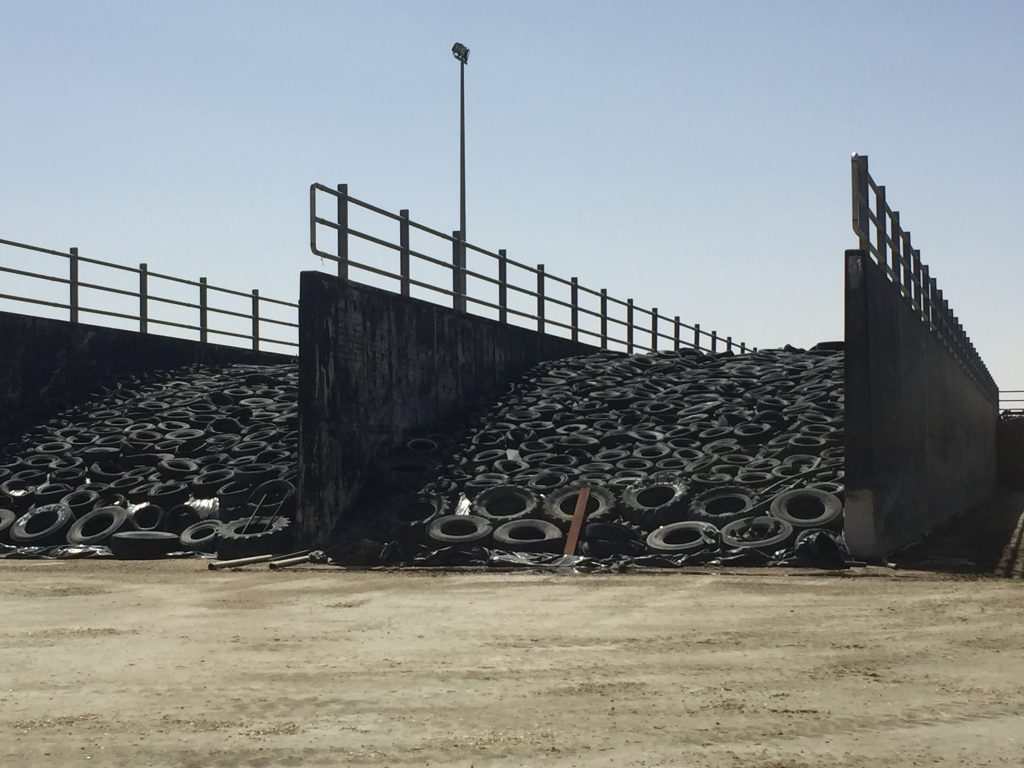 Cork farmer Anthony King is a (farm) manager at the dairy and said that 4,000t of maize a night is harvested at silage time. A total of 150 trucks are involved in the operation.

The cows are also fed alfalfa, with acres of space on the farm dedicated to storing it. Fats, proteins and 6,000t of sugar beet are also stored on the farm. 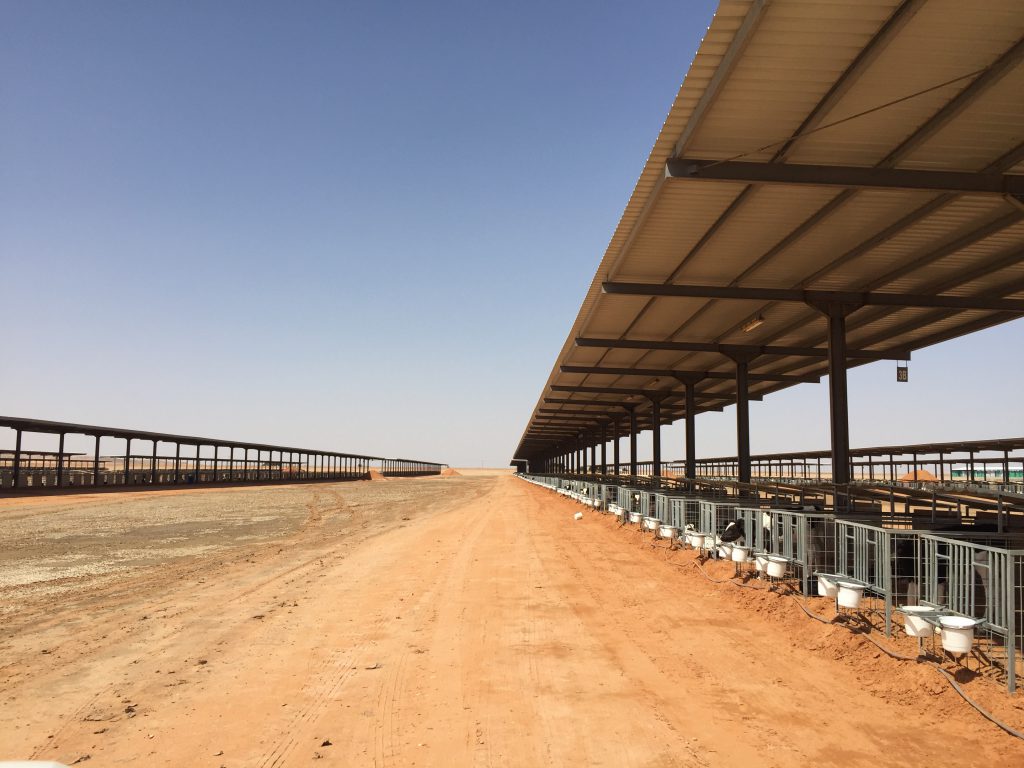 Al Badiah also imports about 40% of its alfalfa, while the farm also has 800 trucks on the books for bringing feed from the port to the farm. Some 75,000t of grain is imported into the farm every six weeks.

Slurry is left to dry out before it is scraped out and sent to Almarai’s arable farm 500m away in the north of the country.

There are also 52 John Deere tractors operating on the farm, alongside a fleet of loading shovels. 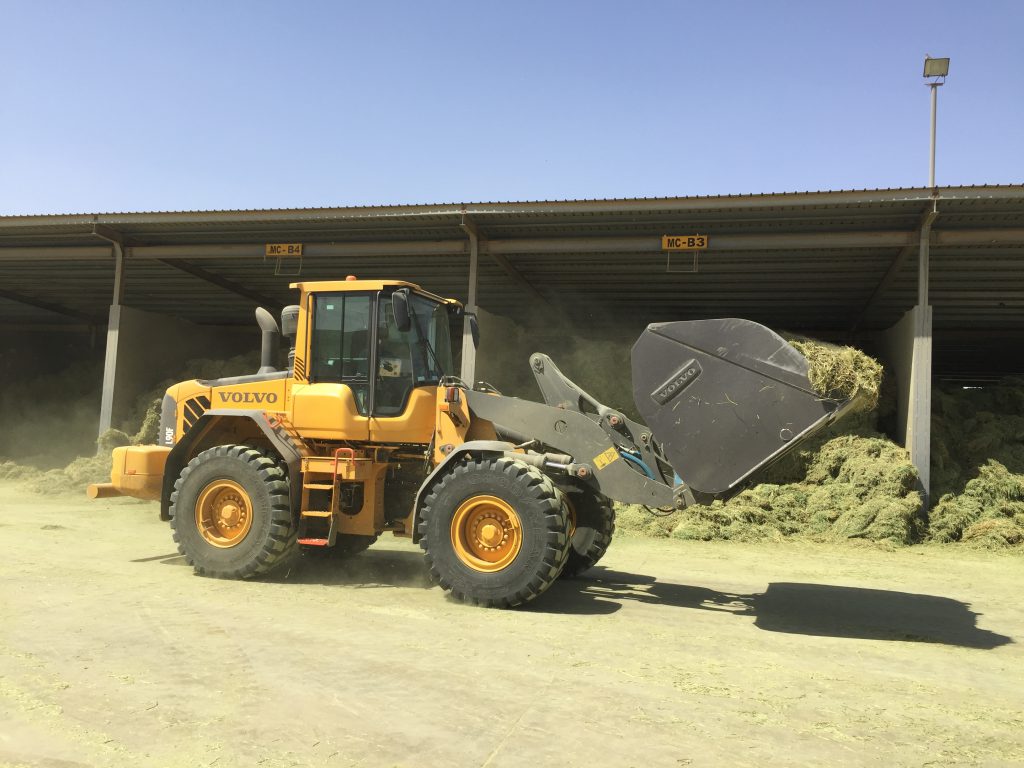