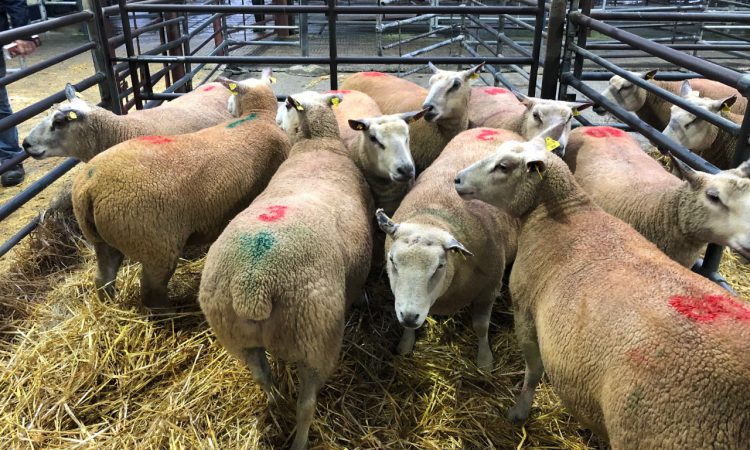 There was a strong entry of 84 in-lamb ewes and eight ewe lambs – from six different flocks – with an overall clearance rate of 65%.

The average price on the day was €596, which was back on previous years.

A top of price €2,600 was achieved by Ballyhibben Rhianna, sired by Trannon Panama and out of a Ballyhibben dam by Joint Venture.

Furthermore, six Charollais ewe lambs sold for an average price of €698, with a top price of €1,200 fetched by a lamb from the Knockcroghery flock.

Click on a thumbnail in the galleries (below) to open up a full-size image; once opened you can scroll sideways to see the next picture. Refer to each caption to see details of each lot, including the hammer/sale price.

The Ballyhibben flock, owned by Michael Power, Co. Limerick, had the largest entry of ewes at the sale. Prices on the day ranged from €400/head up to €2,600/head.

The Ardcath flock, owned by Eugene O’Sullivan, Ardcath, Co. Meath, had a strong entry of ewes in the sale. At the previous production sale two years ago, Eugene achieved the top price for an in-lamb ewe. It sold for €1,650.

The Seefinn flock, owned by Pat Whyte, Kilrossanty, Co. Waterford, had a small entry of ewes at the production sale. All of the shearling ewes from his flock were on offer.

The Ralahine flock, owned by Gerard and Paula O’Leary, Newmarket-On-Fergus, Co. Clare, entered 15 ewes in to the production sale. The ewes were the first to be sold from the flock since it was established in 2011. 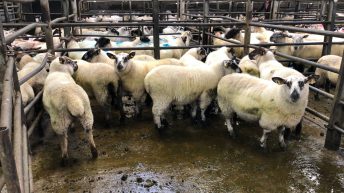