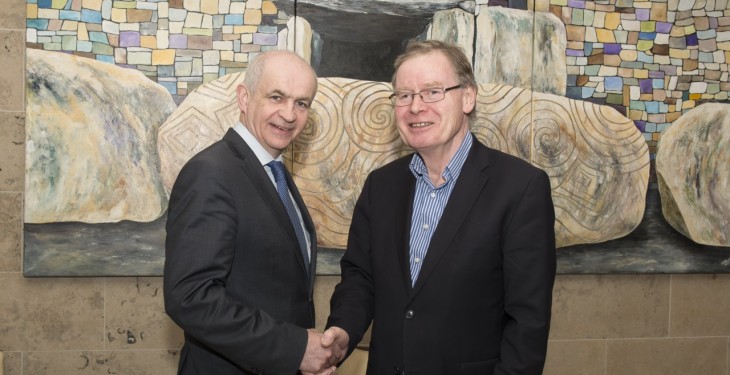 A nationwide GLAS planning service has been launched this week by veteran agricultural consultant Philip Farrelly.

Called GLAS Farm Planners, the service will provide planning services in every county through a network of accredited planners and according to Farrelly may cost up to €1,000 less than Teagasc.

Philip Farrelly brings more than 20 years’ experience in REPS and AEOS planning and in national and international agri-environmental consultancy to the new service.

His companies have provided professional planning and consultancy services for over 6,000 participants in REPS and AEOS.

He has carried out the environmental analysis of the Food Harvest 2020 strategy on behalf of the Department of Agriculture, Food and the Marine and has been appointed to conduct a similar analysis of the 2025 Agri-Food Strategy.

His company also completed assessments for up to 20,000 farmers affected by the development of the national roads network. Recently, he developed a farm planning protocol for the Department of Arts, Heritage and the Gaeltacht and has completed many projects on behalf of other public and private bodies.

Announcing details of the new GLAS service, Philip Farrelly said: “The aim is to provide real choice to farmers interested in joining the scheme by appointing at least two qualified planners in every county, resulting in the creation of over 50 jobs for graduates.

“Farmers dealing with GLAS Farm Planners will be guaranteed a highly-skilled service at a very competitive price. Over the five-year lifetime of the plan, our costs will be up to €1,000 lower than those for the Teagasc service,” he announced.

Philip Farrelly said it is a regrettable that, due to the embargo on recruitment in the public sector, Teagasc has not been allowed to directly provide a GLAS planning service.

“Teagasc had a 40% share of all REPS plans, which was a major contributor to the efficient delivery of the service. Unfortunately, all Teagasc clients must now migrate to a new planning provider.”

Under the arrangement with Farm Relief Services (FRS), Teagasc stands to gain up to €245 on every client it persuades to engage with FRS while receiving nothing if the farmer moves to a private planner. “Is it any surprise that the entire Teagasc effort is now focused on the lucrative business of persuading clients,” he asked.

Farmers can contact the GLAS Farm Planners service through its website www.glasfarmplanners.ie or by texting GLAS at 51444.