While opposition grows from MEPs outside of Fine Gael to his candidacy, Phil Hogan looks set to be get either of the much sought after agriculture or trade portfolios in the next European Commission. 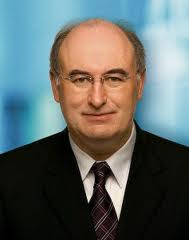 According to party colleague Mairead McGuinness MEP who was speaking on Newstalk said his record is “second to none” and the decision will be known next week what role he is likely to get. “We will know next week what portfolio he is likely to get, but it is probably agriculture or trade. These would be very significant portfolios for Ireland to get and we should work with him to ensure he gets one of them.”

The newly elected Vice-President of the European Parliament said: “He is very suited to this job and has the opportunity to get a very high profile and has all the credentials to do the job of Commissioner as a people’s representative. He has a good track record in environment and he’s European record is second to none.”

Commenting on the speculation as to whether Phil Hogan will get the Agriculture Commissionership IFA President Eddie Downey said: “We hope the Phil Hogan speculation is well founded. We would be encouraging the backing of Mr Hogan for a Commissioner role.”

However this is a view not shared by opposition MEPs. Lynn Boylan, Dublin Sinn Fein MEP said Phil Hogan is unsuitable for the post and it’s a real case of ‘jobs for the boys’.

She said he was the face of austerity and epitomises The Trokia policies. “We think he is the wrong man for the job.The issue is not about an Irish commissioner or the portfolio. The issue is the candidate. He has a cloud of controversy around him.”

Questioned as to whether Sinn Fein run the risk of pigeon holing themselves as objectors she said: “No, other MEPs share our concerns with Phil Hogan. Only Fine Gael MEPs are supporting his candidacy.”