Opinion: The IFA ‘took the soup’, but is Beef Plan’s bowl empty? 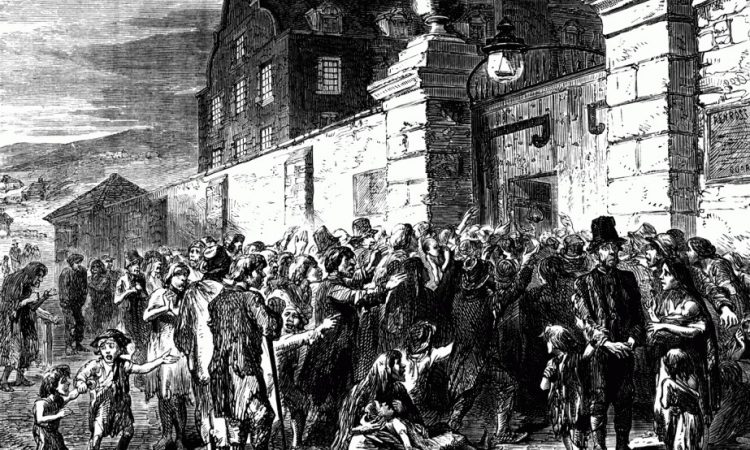 Image source: Views of the famine

Back in late 2015, the Irish Farmers’ Association (IFA) found itself embroiled in a debacle over pay; it was one of those stories that ‘broke the grass ceiling‘.

In other words, the unfolding saga played out not just in the farming press but across the national media.

Ironically, more recent occurrences might cast those events in a different light. Perhaps some of the most vitriolic of those attacks on the IFA (back then) were over-zealous or – dare we say it – ill-judged.

Let’s tease this out. The narrative at the time – part of it, in any case – was that the organisation had morphed into a lumbering giant that was top-heavy with administrators and, frankly, people who didn’t understand the trials and tribulations facing farmers on a day-to-day basis.

Apparently adding insult to injury was the IFA’s commercial foray…into the realm of telecommunications, energy and such like.

The resulting scepticism ultimately enabled an embryonic Beef Plan (or should that be Beef Plan Movement…or is it Beef Plan Group?) to grow and multiply.

However, that aspiring organisation has since encountered troubles of its own. Amidst what can only be described as an absence of clear structures, roles and rules – at a sufficiently early stage in its development – the Beef Plan ship (previously steaming ahead at a brisk pace) has now hit the proverbial rocks.

One might even be tempted to say that it has run aground.

Two factions – both claiming to represent the body – are at war. Looking from the outside in, it appears that considerable energy is being consumed in waging this internal battle.

Farmers who aren’t directly involved – and who don’t care about such wranglings – must wonder if Beef Plan can muster enough remaining energy to actually tackle real farm-gate issues.

The irony is that this organisation was spawned from a nest of genuine anger and frustration – a feeling that ‘bureaucrats’ and ‘expensed’ post-holders were aloof from farming issues and financial hardship.

Some felt that existing farm lobby groups weren’t doing enough for farmers on the ground, that they didn’t have the stomach for the fight or that they were “too close” to processors, regulatory bodies and quangos – the very entities that many farmers would view with caution.

Advertisement
Surely the ‘bureaucrats’ and ‘administrators’ could be dispensed with?

The cold, hard reality is that any effective farm lobby group needs to be funded; it needs to be structured; and it needs to be properly administered. That is the only way in which the energy that each grass-roots member brings to the party is harnessed…and brought to bear in a positive, meaningful way.

Perhaps the presence of structure in an organisation is like personal health; you only miss it when it’s gone. When an organisation appears top-heavy, the knee-jerk reaction is to ‘deconstruct’. But if it’s absent, there is a risk that everything will come tumbling down.

Meanwhile, it was with a further teaspoon of irony – when perusing the IFA’s latest accounts – when we noted that €6 million of the organisation’s €16 million turnover last year came from “broadband and phone services”.

Are these the same “broadband and phone service sales” that a former general secretary was so pilloried for – in his (albeit well-remunerated) exploits to broaden and grow the IFA’s remit? He, at the time, appeared to have been thrown under the proverbial bus; yet strangely the legacies of his exploits remain.

Of course, the challenge is to ensure that any such commercial deal doesn’t create an inoperable conflict of interest – that might stymie the organisation’s wider efforts to represent its members’ interests.

Meanwhile, the accounts show that €3 million came from levies – it’s farmers’ money but it’s dutifully gathered up by entities that live further up the food-chain.

For IFA officials, is this the latter-day equivalent of “takin’ the [famine-era] soup” – for the greater good of the association’s coffers? Or, more probably, is it just sensible and pragmatic?

The additional money has surely afforded better representation for farmers – in any number of sectors – than would otherwise have been the case.

Interestingly, income from affiliation fees (‘subscriptions’ in our language) – at almost €6 million – was nearly double that from levies.

While levies should be on an opt-in (rather than an opt-out) basis, outsiders calling for their abolition (or even their gradual wind-down) should bear in mind that such monies are significant.

Money – from wherever it bubbles up – is needed to underpin a national farm organisation, all the more so in an era when mainstream farming is under intense scrutiny and incessant attack. 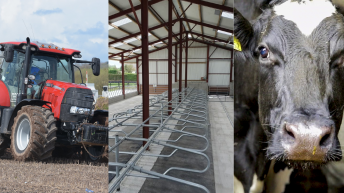 Opinion: Who gets the money – ‘active’, full-time, part-time or ‘armchair’ farmers?