Ned was one of the early adopters of Panatec Rumen Proof, a residue-free feed additive manufactured by Mayo Healthcare which acts as a rumen enhancer for greater performance and improved energy in the rumen.

He started including it with the ration three years ago, giving it to cows with their morning in-parlour feed.

“We inseminated 170 cows last year and we only had nine that were not in calf,’’ he reports. “Since we have been using Rumen Proof the cows have had exceptional standing heats – they are very active.’’ 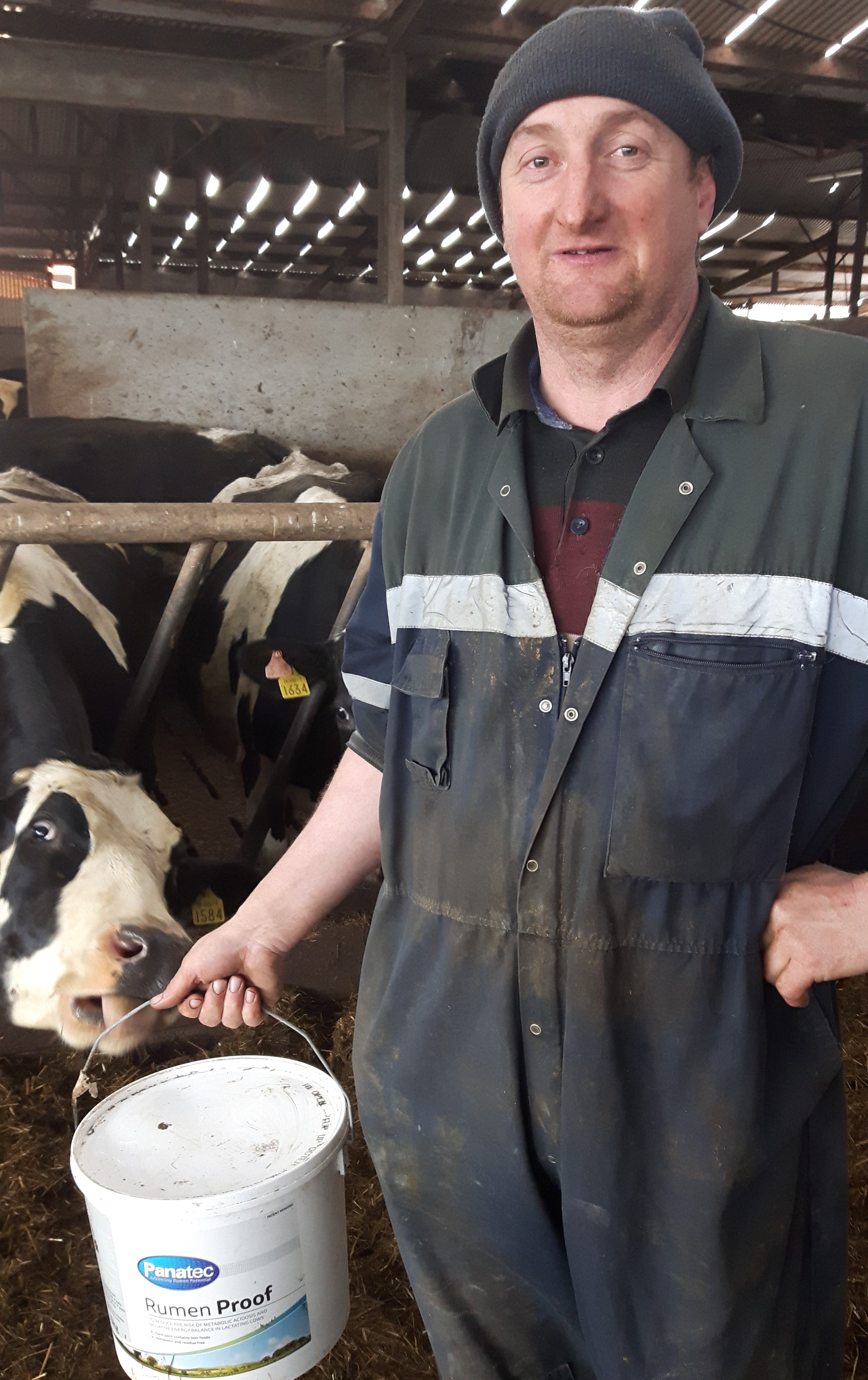 Ned and his wife, Tina, farm 150ac at Islandea, near Adare, Co. Limerick, and own a further 75ac of off-lying land. They also rent a further 50ac.

The herd is on a total mixed ration (TMR) with silage, but with increasing concentrate costs Ned looked at other options. As the protein element of feed was most costly, the decision to feed fresh-cut grass during the grazing season was made.

Substituting silage with fresh grass between spring and autumn exploits the protein content of the sward. But feeding a lot of fresh grass, that releases its energy quickly, can start a rapid change in rumen function with resulting acidosis.

As well as the TMR the cows receive an 18% protein nut in the parlour with a measure of Panatec to offset the acidosis.

For the last three years Ned has fed Panatec Rumen Proof from calving until June but now, with the advent of a nut incorporating the product, he plans to feed it throughout the year.

The herd calves from mid-January to mid-April but the calving period will be tightened going forward. The herd’s annual milk yield average is currently 7,500L at 4.10% butterfat and 3.40% protein.

As well as excellent fertility, Ned says there has been an improvement in general herd health since he was introduced to Panatec Rumen Proof on the recommendation from another dairy farmer.

“In previous years we might have had as many as four or five displaced abomasums but now, it is just one or two. We get very few cows with stomach problems,’’ he says.

“Rumen Proof is an excellent product and for that reason we will be using it right through the year going forward.’’