It follows on from a record November when producers also saw prices break the 33p/L barrier; the average litre fetching 33.29p.

However, despite the continuing drive on production, December saw the average farm-gate price paid per litre of milk slide slightly to 32.65p/L.

The latest figures showed the region’s dairy herd stood at 312,500 cows in December 2017 – marginally up on dairy cow numbers recorded in December 2016.

However, this number was little different from the total dairy herd size in 2015.

The December 2017 Agricultural Survey was carried out by the Department of Agriculture, Environment and Rural Affairs.

Advertisement
The survey provides estimates of the numbers of cattle, sheep and pigs on farms at the beginning of December. In addition, it provides information on levels of hay and silage production and sowings of winter cereals.

Cattle data (except heifer estimates) are extracted from APHIS, the identification, registration and movement database for cattle in Northern Ireland.

Despite the boost for dairy, there was a slight drop in the number of beef cattle.

Beef cow numbers were in keeping with year-end values observed since support payments were decoupled in 2005.

In total there were 1.623 million cattle in December 2017 which is little changed from the previous year.

Changes in total cattle numbers follow the trend set by the breeding herd. Stocks of winter forage and short-term price movements can also impact the timing of sales and therefore the total number of cattle present on farms during December. 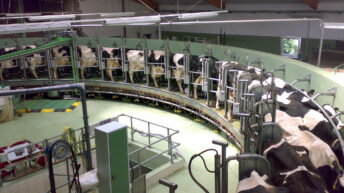