Northern food sector continues to grow, but farmers are losing out says UFU 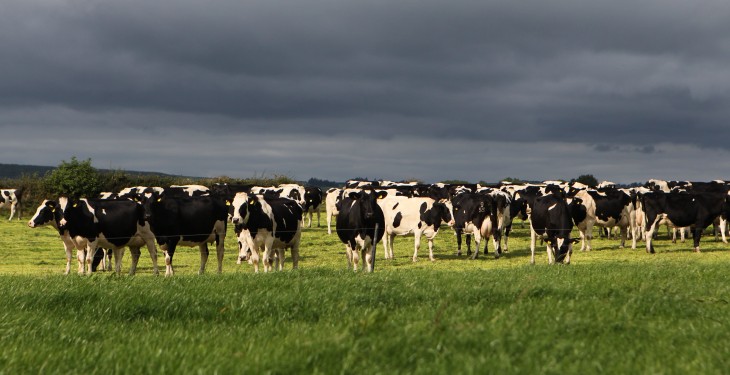 The rate of growth of Northern Ireland’s food and drinks processing sector has slowed, new figures from the Northern Ireland Department of Agriculture, Environment and Rural Affairs show.

However, the Ulster Farmers Union has said that Northern farmers have suffered heavy losses in the last couple of years, despite the processing sector’s growth.

The annual report, ‘Size and Performance of the Northern Ireland Food and Drinks Processing Sector, Subsector Statistics’, show that the beef, lamb, dairy and poultry sectors are the biggest contributors to the total gross turnover of the Northern Ireland food and drink processing industry. Together, they account for 49% of the sector’s total gross turnover in these years.

However, UFU President Barclay Bell said that despite this growth, beef, lamb and dairy farmers have suffered heavy losses in the last couple of years.

“The weakening of the pound in recent weeks will improve the competitive position of the industry and farmers. While there are opportunities, Brexit does pose a huge challenge for the entire industry so it will be important that we work together and tackle it with a collective voice.

“Continuing support for farmers is a big issue – but market access is just as great a challenge. Without that we will not have markets for our food, and that would disastrous for farmers, processors and the entire Northern Ireland economy.”

In 2014 the food and drink processing sector is estimated to have contributed 3.7% of Northern Ireland’s total gross value added.

The food and drink processing sector contributed 23% of external sales, 21% of the export sales and 28% of the total employment in Northern Ireland manufacturing Industry in 2014.

Beef and sheep meat along with milk and milk products are the largest subsectors in terms of gross turnover for 2014 and 2015. It accounted for 49% of the sectors total gross turnover.

Britain remains the largest outlet for Northern Irish food and drink, while the Republic of Ireland is its largest export market, accounting for £709m in 2014 which represents 16% of the total sales.