Bank holiday weekend to be mainly dry with some sunny spells

The bank holiday weekend will be mainly dry, with a possibility of scattered showers in parts of the country, according to Met Eireann.

Today, Friday, will be mostly dry with sunny spells and light northwest breezes. Temperatures will reach highs of 17 to 20 degrees, with it being mildest across the midlands, south and east.

The southeast will see some isolated showers early in the day, while there is a possibility of showers developing along the Irish Sea coast later in the afternoon.

Saturday will see a mixture sunny spells and scattered showers, with it being mainly dry across the country.

It will be cool for early August, according to Met Eireann, with highest temperatures of 15 to 19 degrees and light to moderate west to northwest breezes.

Meanwhile, Saturday night will be mainly dry with clear spells and temperatures of between 8 and 11 degrees.

Sunday is promised to mainly dry and sunny, but there is a possibility of a few scattered showers across the country, according to the forecast. It will stay quite cool, with highest temperatures of 15 to 18 degrees.

Bank holiday Monday is promised to be mainly dry, with just parts of the southwest affected by some scattered showers.

After Monday however, there are strong indications that the weather will become unsettled, with spells of rain and strengthening winds expected by Met Eireann.

Both drying and spraying conditions will be mainly good this weekend, but these will deteriorate early next week due to rain.

There will be little or no change to field conditions over the coming week, with soil moisture deficits being moderate in the south and southeast but low in the north and along Atlantic coastal counties.

Rainfall is expected to be below normal for most of the country over the next seven days, according to Met Eireann, with only some coastal counties in the south and west expected to report rainfall above normal levels. 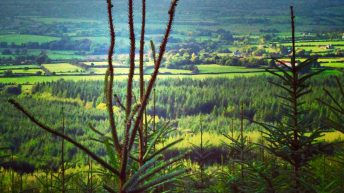 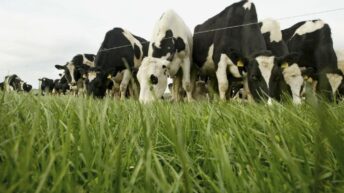