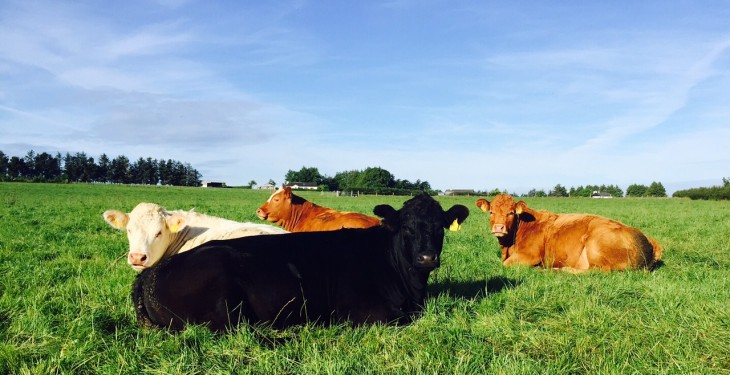 The scale of the beef price differential between Northern Ireland and Great Britain has become a significant concern, according to Ulster Farmers Union beef and lamb chairman, Crosby Cleland.

He said earlier this year local lamb producers were hit by poor UK market returns for high-quality produce and the sector is now seeing local beef producers also being denied a fair return from the UK market.

In May this year prices paid for R4 steers in Northern Ireland were 331p/kg, which was 8p/kg behind the GB average price. This equated to £27 on a 340kg animal. Since then there has been considerable upward movement in GB prices with 360p/kg plus currently available for R4 steers.

However, Cleland says processors in the North have languished well behind on 327p/kg.

“This has left local beef finishers at least £115 per steer worse off than farmers in GB. Farmers here are producing the exact same quality assured UK red meat as farmers in GB.

“In a lot of cases it will be the same processors, so the reasoning behind this gap is very unclear,” he said.

Cleland said much has been made of late at both an EU and UK level about the supply chain not working properly and of the need for a fair price for producers of all food commodities.

He said from a beef perspective the price gap is just one element that needs to be tackled.

“While I am encouraged that some producers are taking advantage of the live export trade, either by going direct for slaughter or through our local markets, these options are not available to everyone,” said Cleland.

He said the problems facing farmers were underlined by DARD statistics showing a break-even beef price of at least £3.60.

“There is no doubt that more equitable prices with GB are going to be required for all farmers if we are to sustain the £1.3 billion red meat industry in Northern Ireland.”