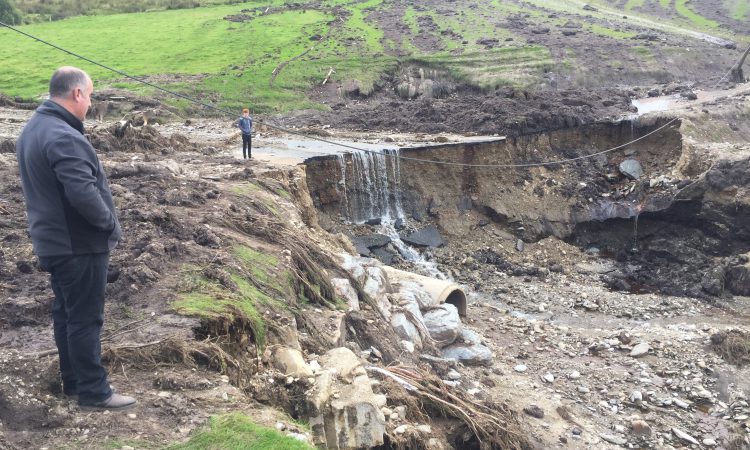 The floods and landslides, which took place on August 22, 2017, during Storm Lorenzo, were described by Met Éireann as a “once in a 100-year event”.

A scheme was up and running within five weeks in the Republic of Ireland. However, three years on farmers on the Northern Ireland side of the border have still received no help and say they feel “hurt and disappointed” that nothing has been done.

In the Republic, the aid allowed farmers access to funds for loss of livestock hay or silage, clean-up of damaged agricultural lands and repairs to damaged fencing.

Flood-hit businesses were able to avail of up to €15,000 towards repairing the damage. However, in Northern Ireland, civil servants told farmers they couldn’t grant aid without a minister in place to sign it off.

He said: “It’s three years since the devastating floods and landslides in the Glenelly and Lone Valley and surrounding areas.

“These small farmers have been left with no support simply because there was no government at the time. I would appeal to our minister and agriculture chair to sort this out.”

‘Department won’t give the recommendation’

When asked by UFU chief executive Wesley Aston at the union’s AGM if the Glenelly Valley had been “forgotten about”, Minister Poots said the department would not give him the recommendation to grant aid to the affected farmers.

“No, it hasn’t [been forgotten about]. It will take a ministerial direction to do it – so departmentally, they will not give me the recommendation to do that because a lot of the money is already spent,” Minister Poots said.

“But I do have a lot of sympathy for what has happened there and I continue to give that issue serious consideration.

“I haven’t made a decision. But it hasn’t gone away and it is still in my mind. I try to be reasonable and fair to everyone as far as I can.”

“Farmers had their livelihoods wiped out overnight and whilst I acknowledge that the department was helpful in terms of applying force majeure to protect the Basic Payment and financing the Loughs Agency led riparian fencing scheme, the sheer loss has had a profound impact on these farmers who are still carrying the financial and emotional burden,” McAleer said.

“This has been compounded in recent months by the Covid crisis, which caused the closure of marts, a rise in input costs and a drop in farmgate prices.

The losses inflicted by the 2017 landslide has left these farmers less well able to cope with the latest crisis than their counterparts.

“Along with other elected representatives and farming organisations we have been highlighting this issue for the past three years and it is very reassuring that the newly-elected president of the UFU, Victor Chestnutt, has identified support for these farmers as a key issue that needs to be addressed.

“I have raised the issue of compensation both formally and informally with Minister Poots and I understand from our engagements that any support will require his ministerial direction.

“In recent correspondence to the minister, I pointed out that his officials were on the ground immediately after the landslide and in the days and weeks following to assess the damage.

“As such, DAERA knows the sheer extent of the damage and what it will take to compensate those affected. At this stage, three years later, it is important that the minister moves to support these farmers without any further unnecessary delay.” 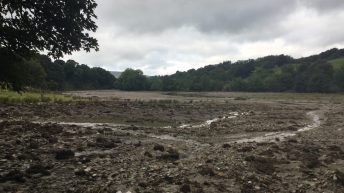