Farmers should not lose out on the Targeted Agricultural Modernisation Scheme (TAMS) funding due to the “planning debacle”, according to independent TD Michael Fitzmaurice.

The Roscommon-Galway TD said he has been contacted by a number of farmers who may lose out on funding under the Animal Welfare, Safety and Nutrient Storage (AWSNS) scheme due to delays in securing “full and final planning permission for new livestock housing facilities”.

“One would have to wonder if there is a desire to block as many farmers as possible from the TAMS funding,” deputy Fitzmaurice said.

“Farmers should not lose out on TAMS funding due to delays in the planning procedure caused by emergency legislation brought in by public representatives.

I have been contacted by a number of farmers in recent weeks who – in good faith – applied for planning permission in February for new housing facilities.

“But, because of legislation we – as public representatives – brought in due to the Covid-19 crisis, it allowed councils the opportunity to delay the planning process.

“This heavily impacted farmers who applied under tranche 17 of TAMS, which closed for applications on June 5. While an extension was given to allow farmers to submit their full and final planning permission, it simply wasn’t sufficient given the delays that had been experienced.”

Fitzmaurice added that for some of these farmers, it could also mean “they lose out on loans secured from financial institutions as they may be unwilling to give any further extensions in order to wait until the next tranche”.

‘Potential to turn into a significant animal welfare issue’

Deputy Fitzmaurice continued, saying that this has “the potential to turn into a significant animal welfare issue, as farmers were counting on these funds to erect and improve their livestock housing facilities ahead of next winter”.

He is calling on the Minister for Agriculture, Food and the Marine Dara Calleary who has “an opportunity to get involved here”.

“Farmers have received rejection letters as they didn’t qualify under the ‘tick the box’ system the department has set up,” Fitzmaurice said.

Is it a case that the department is talking about delivering money to farmers, while at the same time taking it off them with unfair rules and regulations?

“The situation which has developed is not the farmers’ fault. Under force majeure, further leeway should be given as a result of the Covid-19 crisis.

“Some of these farmers cannot afford to wait until decisions are made under the next tranche, as time is of the essence to erect these housing facilities.

“Now is the time for Minister Calleary to stand by the farming community and deliver on this as one of his first duties,” Fitzmaurice concluded. 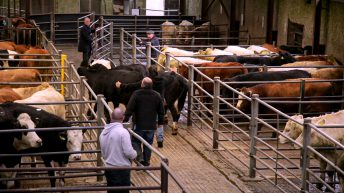