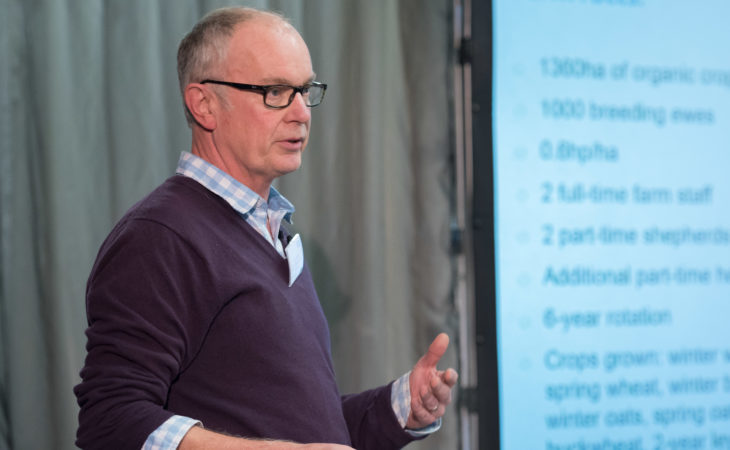 In farming, the conventional and organic world might not seem the easiest bedfellows, but they met in peace for a recent AHDB Monitor Farm meeting in Cornwall.

Organic farmer John Pawsey, from Shimpling Park Farm in Suffolk, travelled nearly 400 miles to share his experiences with a group of farmers near Truro.

Regardless of how they farm, John said, all farmers face the same challenges – dealing with pests, weeds and diseases to produce profitable crops.

He said: “Non-organic farmers are finding that some chemicals are becoming less effective or are being withdrawn, so actually they need to start thinking like organic farmers.”

The key thing is to bring as much diversity into the system as possible, to stop the chance that one pest, disease or weed will dominate the whole system.

‘There’s not just one solution’

A whole-system approach is an important one for John.

“Thinking organically is knowing there isn’t just one solution to problems. There’s not just one form of weed or disease control – you have to get a raft of things right.”

“John spoke a lot of common sense,” said Howard. “I know going 100% organic doesn’t appeal to everyone, but it’s impressive to see what John has achieved.”

Including livestock as part of the picture

The point that resonated most with Howard was bringing livestock back on to arable farms.

He said: “Long term, it seems like you’ve got to have some sort of livestock enterprise because we’re depleting the resources in the soil – that could be where our yield plateau has come from.

That means, though, that instead of having all of our land in arable production, we might have to be satisfied with 70% or so.

And although Howard has brought sheep back into his farm for the first time in 50 years, he admits he is unlikely to do it on the same scale as John Pawsey, who now has to employ a shepherd.

Philip Dolbear, AHDB Cereals and Oilseeds knowledge exchange manager, said: “A lot of the discussion boiled down to getting the soil structure and biology right so that the soil really works for the farmers – whether organic or not. Healthy soils give a better chance of healthier crops and margins.”

Despite their outward differences in farming practice, organic-farming John and conventional Howard have much in common – attention to detail and a commitment to running a viable, productive business. 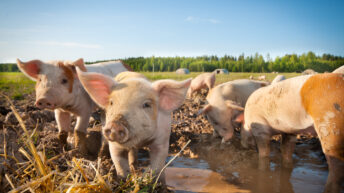 The losers in organic farming