Research carried out at the Waterford Institute of Technology (WIT) has confirmed that non-antibiotic interventions can be used as an effective blanket treatment to ‘dry off’ cows, according to AHV International.

In addition, the use of this approach can deliver a beneficial impact on somatic cell count (SCC) levels for a significantly longer period into the new lactation than one would normally expect from antibiotic-based ‘dry cow’ therapies, the study found.

The work, which was commissioned by AHV International, was undertaken by honours degree student Nicole Keohane in collaboration with staff at the institute.

In the study the AHV Extra Tablet was evaluated as an alternative to blanket dry cow therapy (DCT).

A total of 33 cows were assigned alternately to blanket DCT or the AHV Extra Tablet treatment based on their SCC scores prior to drying off. An equal range of high, medium and low SCC cows were used for each treatment.

17 cows were administered the AHV Extra Tablet on November 20, 2019, three weeks prior to dry-off.

One of the 16 cows within the DCT group died post-parturition. This was unrelated to the treatment programme. 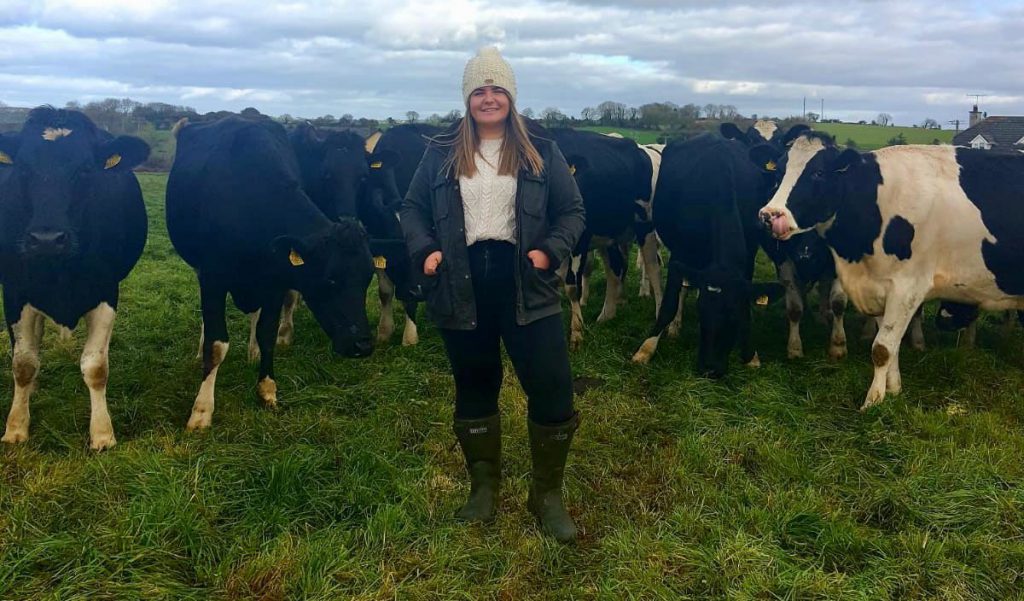 As Nicole points out, the results of the trial shed new light on how dairy cows should be managed at dry-off.

She explained: “All the cows on the trial, which were due to calve in February of this year, were cell count tested on November 7.

“Those receiving the AHV tablet were also drenched with the company’s Aspi anti-inflammatory. The control cows were treated with a standard antibiotic dry cow therapy and teat sealed.

“All the cows across both groups were subsequently cell count tested on February 14, March 7 and April 8.

“Success in the trial was defined in the context of a cow with an SCC value of less than 200,000 cells/ml at the first test after calving.

The results confirm that the AHV Extra Tablet treatment was successful in 92.88% of the low SCC cows, whereas the blanket DCT was only successful in treating 50% of this population.

“Both treatments performed similarly in medium SCC cows at the first milk recording.

“The Extra Tablet was an effective dry cow therapy in 50% of these cows, and comparably the blanket DCT was effective in 50% of cows treated in this way.

“In subsequent milk recordings the Extra Tablet treated cows continued to see a fall in SCC, with no sharp increases recorded.

“However, the blanket DCT cows saw a noticeable spike in SCC in subsequent milk recordings.”

Nicole then referenced the one outlier cow in the trial.

This animal had an SCC of 9,993,400 cells/ml when tested on November 7 last year. She received an Extra Tablet and Aspi and subsequently recorded an 84.4% SCC reduction at point of calving.

“She actually calved down at 1,560,000 cells/ml and continued to decline to 29,000 cells/ml over the subsequent 12 weeks without further treatment.” 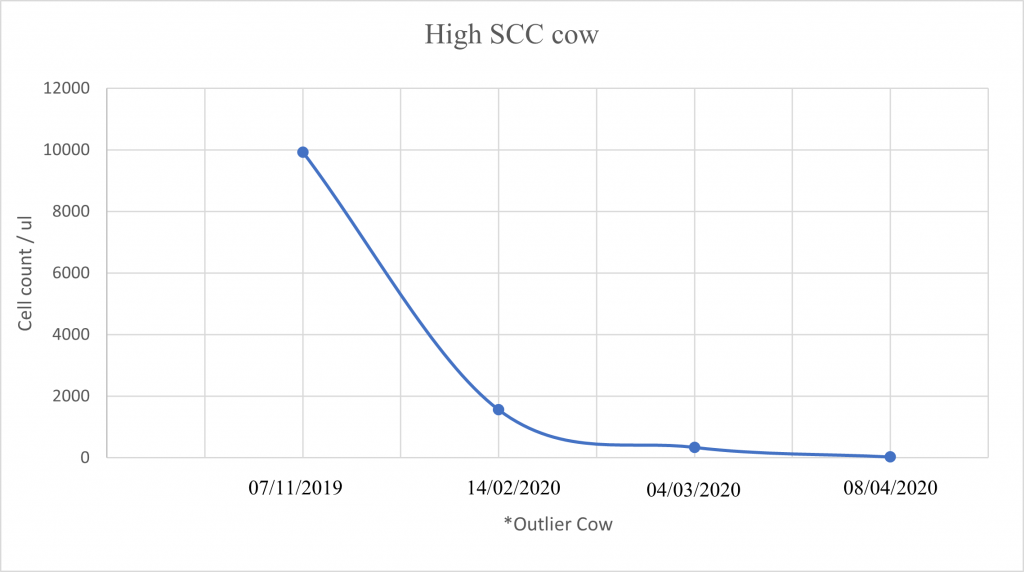 She continued: “All the cows on the AHV treatment plan registered consistently lower SCC values up to the beginning of April, when the trial ended, compared with those on the more traditional antibiotic DCT treatment.

“The trial also confirmed that teat sealing had no effect whatsoever on the success of the Extra Tablet.”

According to Nicole, the results of the trial confirm the role of non-antibiotic treatments in safely managing all dairy cows at drying-off.

She said: “Recent analysis of sales data in Ireland indicated that the sales of dry cow tubes was sufficient to treat 100% of the national milking herd.

“Given the changes that will be introduced which will severely restrict the use of these treatments from the beginning of January 2022, the need for alternative dry cow management procedures is obvious.

“However, the good news is that the WIT trial confirms the potential for Irish dairy farmers to use the AHV Extra Tablet in this context.”

Looking ahead, Nicole pointed to the need for the AHV trial to be repeated on a larger group of cows which is already underway. She also pointed to the worrying trend of cows becoming resistant to antibiotic treatments.

“This is the only reason to explain why the DCT cows registered a consistently high cell count after calving than those receiving the Extra Tablet,” Nicole concluded.

Commenting on the results of the trial, AHV managing director Adam Robinson said:

“We are currently repeating these independent trials with WIT on larger groups of cows to get as much Irish data for the Irish and UK farmers.

One thing I would point out is that we recommend administering the AHV Extra Tablet four to six weeks prior to drying off to allow the active biomolecules and the animal’s own immune system to effectively deal with the udder health challenge.

“We know this already and we can see it in the results as the cow’s progress in early lactation. This is already planned for the next independent trials.

“By using the AHV Extra Tablet you are preparing the cow for the next lactation, and for a spring-calving herd, this starts now. Not the day of drying off.

“Most dairy farmers know that AMR [antimicrobial resistance] is becoming a big problem and conventional DCT has become less successful over the years.

“There is plenty of data in the marketplace giving evidence to this fact.

But even this approach does not take away the risk of cows calving early and having to dump milk to prevent contaminated milk getting into the bulk tank.

“The good news is that AHV Solutions can be used as either selective or blanketed across the herd. Either way, there is no risk of contaminating the bulk tank and your cows will start earning you money straight away,” the director concluded.

Planning for and implementing a successful drying off procedure

Sheep marts: All types of sheep remain a strong trade at sales