‘No basis’ for cattle price pressure amid stronger beef markets 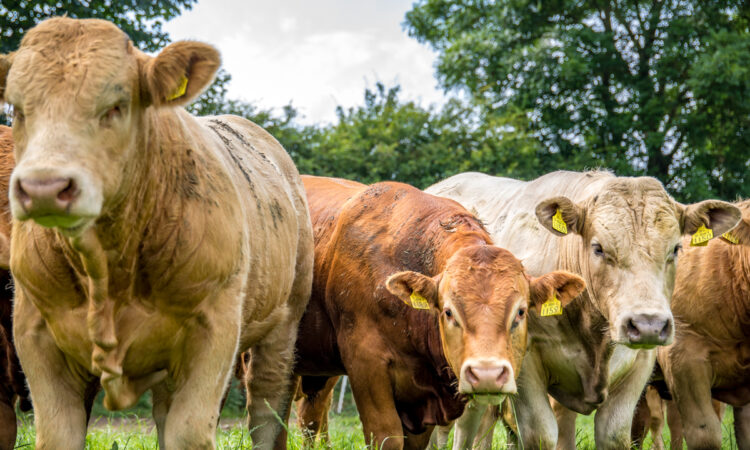 There is no basis for pressure on cattle prices from the factories, according to the Irish Farmers’ Association (IFA).

“Prices are rising strongly in our main export market in the UK and also across EU markets – and the food-service sector is coming back as the economy reopens,” he said.

Golden said there was no basis for factories to try to lower quoted beef prices as all of the market facts were pointing in the opposite, in a more positive direction.

Reinforcing this, the chairman highlighted that beef prices in the UK, Ireland’s major export market, has increased by 15p/kg in the last two weeks to May 30, with steer prices now reported at £3.51/kg, which is equivalent to €4.16/kg including VAT. This is some 35c/kg – worth €126/head – over R3 Irish prices at €3.81/kg for the same week.

In addition, he noted that EU prime cattle prices have also risen strongly in the last two weeks with young bull prices up 7c/kg and heifer prices up 6c/kg to May 31.

On the supply side, Golden said that the latest Department of Agriculture Animal Identification and Movement (AIM) data on future cattle supplies shows that, on April 1, there was a reduction of 103,000 in the number of beef cattle in the 12 to 24-month category – meaning that supplies over the next number of weeks and months will remain much tighter than 2019 levels.

The latest retail consumption figures for Ireland from Kanter show continued and very strong growth on beef sales, up 17.4% for the last 12 weeks, compared to 2019 levels. In the UK, the Agriculture and Horticulture Development Board (AHDB) retail data shows beef volume sales up 17.7% and value sales up 19.4%, compared to 2019.

Finally, the chairman noted that cow prices in the UK have risen rapidly over the last three weeks to May 31, up 26p/kg with O+3 grade cows making £2.79/kg, equivalent to €3.30/kg including VAT and reflecting the extremely strong manufacturing demand and burger trade.

Golden said some factories are incorrectly using the excuse of the temporary closure of China as a means for price pressure. However, the minister and Department of Agriculture has made it clear that this is only a technicality and the market will re-open soon, he said.

The chairman said farmers should dig in hard with the meat plants and insist on more than the quoted price.

This is well justified by the stronger market returns over the last number of weeks, Golden concluded.