Processors are to be expected to reflect a “surging recovery” in their milk price announcements for May supplies, according to the Irish Creamery Milk Suppliers’ Association (ICMSA).

Commenting ahead of the next round of milk price announcements, ICMSA dairy chairman Gerald Quain said that the rally that had begun in the last week of April had actually picked up pace.

He added that industry standard indices are now climbing upwards on the back of food services’ re-openings, with normal consumption patterns being resumed.

Quain said that all the market data points overwhelmingly to a base price of at least 29c/L which, he added, has to be the sector minimum price as indices continued to climb and “look set to even pass the pre-Covid prices shortly”.

“Certainly farmer-suppliers will want to see the market situation accurately reflected in the price their milk processors will be paying,” he said.

The chairman highlighted that Ornua’s Purchase Price Index (PPI) has gone up by the equivalent of 0.5c/L in the last four weeks, adding that “even that rise significantly lags the 5c/L that the spot butter/SMP [skim milk powder] went up by in the five weeks back to the start of May”.

“In addition, WMP [whole milk powder] went up by 0.5c/L over the same period and wherever we look – and whatever we look at – we see prices, indices and market rapidly regaining and moving very strongly back towards pre-Covid levels and demand.

“Realistically, we want to see the reopening and recovery proceeding at a coherent and safe pace and that means prudence and proportion have to be the watchwords,” the chairman said.

But it also means that all milk processors must be paying – as a minimum – 29c/L for the milk supplied last month and that will mean that some processors will have to increase May milk price. 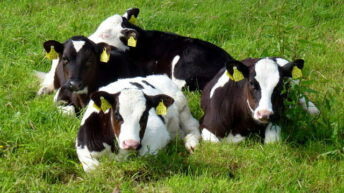