Farm incomes in the news again, for the wrong reasons 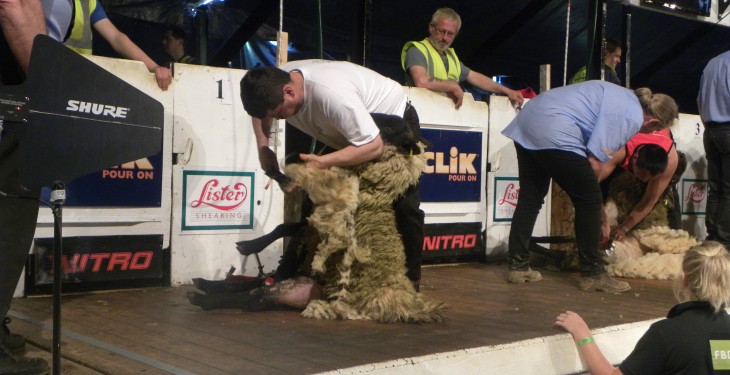 This week’s news was dominated with the Teagasc figures on farm incomes. The only positive from on the dairy side, as beef and sheep incomes tumbled.

Last weekend saw the Golden Shears sheep shearing festival in Gorey, Wexford, take place. Large numbers turned out for the event, which as deemed a success by the organisers. We ran a huge selection of photos from the event here. This weekend it’s all go in Dublin with Bord Bia’s annual gardening event Bloom.

Dairy
Domestic milk intake by creameries and pasteurisers was estimated at 694.9 million litres for April 2014. This was 22.2% above the corresponding 2013 figure according to the Central Statistics Office (CSO).

Beef
On the beef front, the news this week was that the beef trade remains steady week with prices similar to last week on the back of continued strong supply. However, the Ulster Farmers Union said as things stand the beef industry in Northern Ireland is on the brink of collapse.

According to figures from the Department of Agriculture’s AIM system live exports of calves are up 12% so far this year and make up 65% of total live exports.

Tillage
Winter wheat and oats are at flag leaf to head emerging, while winter barley crops are well into flowering. In general, winter cereal crops are showing good promise, despite the very high disease pressure due to the wet weather. In the UK, feed wheat futures prices fell below the £150/t mark this week for only the third time since late-2011.

Sheep
The IFA’s latest sheep trade update states that lamb prices are holding at the €6.00/6.10 with some live export buying at marts. There have been no cases of schmallenberg reported this year, according to the Department of Agriculture.

Despite all the negativity in farming at the moment, young farmers are optimistic about the sector, according to a report published by Ulster Bank.