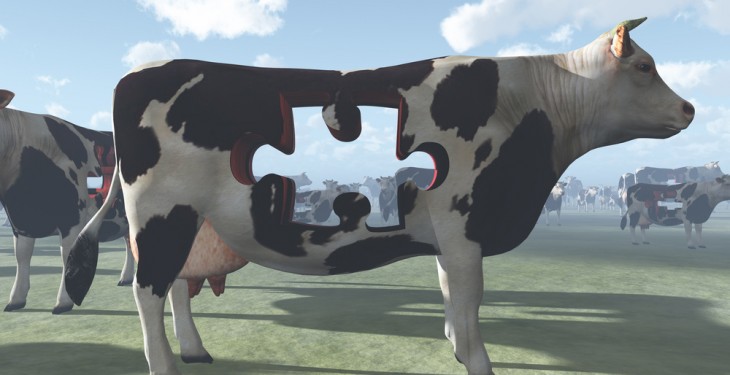 WORLD VIEW: New Zealand milk production in 2014 is expected to rebound from the drought depressed levels of 2013 to reach 20.6 million tonnes, roughly equivalent to the record production levels of 2012.

Exports are also expected to recover and reach 2.9 million tonnes. This is according to a recent USDA report on the NZ dairy market.

The milk supply of 2014 is forecast to be processed into a total of 3.19 million tonnes of product, a four per cent increase on the 2013 estimate. Whole Milk Powder (WMP) remains the key commodity and represents about 40 per cent of total production. In 2014, WMP is expected to increase by two per cent.

Cheese production is likely to be stable at 320,000 tonnes in both 2013 and 2014. However in future, the report states, cheese is likely to assume greater importance in the product mix.

Skim Milk powder (SMP) and cream products are likely to increase by eight per cent and four per cent respectively. Overall, NZ dairy exports for 2014 are forecast to show a distinct increase of 5.8 per cent over 2013 to reach 2.9 million tonnes.

Infant milk formula (IMF) comprises only three per cent of total NZ dairy export value. However, it is a high-value product and often seen as a model for the future of dairy processing in NZ. China is one of its key outlets. Earlier this year, the NZ share of the IMF market in China was disrupted due to the whey protein contamination problem sustained by Fonterra. However, in the interim, an extensive product recall has been instituted. While the negative publicity may have played badly on the NZ brand image in China, the report concludes that this will pass and that new regulations will likely benefit reputable producers of IMF in New Zealand.